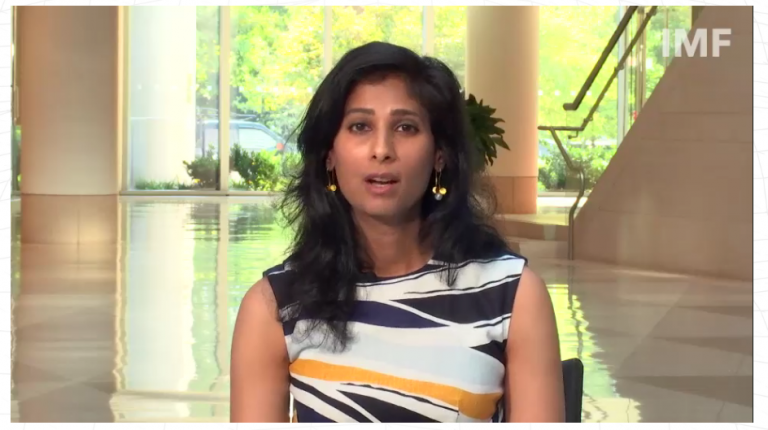 The International Monetary Fund (IMF) has revealed that it expects growth in the Middle East and Central Asia (ME&CA) region to reach 4% in 2021.

The latest figure was published in its World Economic Outlook (WEO), released on Tuesday, and represents a slight rise from the projection of 3.7% in its April WEO.

The IMF noted a slight decline in its projection for the ME&CA region’s growth in 2022 to reach 3.7%, slightly down from the 3.8% projected in its April WEO.

“Meanwhile, the IMF is expecting this year for the growth rate in the MENA region to reach 4.1%, which is, a very slight revision relative to our previous forecast,” Petya Koeva Brooks, Deputy Director of the Research Department, said during a virtual press conference on Tuesday.

Noting in its April World Economic Outlook, the IMF expects the Middle East and North Africa (MENA) region to grow by 4% in 2021.

Speaking on the MENA region outlook at a virtual press conference, Gita Gopinath, Economic Counsellor and Director of the Research Department at the IMF, said that there is not one single story. There is, instead, very different prospects depending upon whether the country is an oil exporter or not, and how heavily dependent the country is on tourists

She added that, because of the high commodity prices, there have been very different levels of vaccination rates in the MENA region, which is also a source of a growing gap.

Concerning the world economic outlook, the IMF forecast the global economy to grow 6.0% in 2021 and 4.9% in 2022. The 2021 global forecast is unchanged from the April 2021 WEO, but with offsetting revisions.

“Our latest global growth forecast of 6% for 2021 is unchanged from the previous outlook, but the composition has changed,” said Gopinath.

The IMF noted that the prospects for emerging market and developing economies have been marked down for 2021, especially for Emerging Asia, whilst the forecast for advanced economies has been revised up. These revisions reflect pandemic developments and changes in policy support.

“The 0.5 percentage point upgrade for 2022 derives largely from the forecast upgrade for advanced economies, particularly the US, reflecting the anticipated legislation of additional fiscal support in the second half (H2) of 2021, and improved health metrics more broadly across the group,” according to the IMF.

For 2022, the IMF projected global growth of 4.9%, up from its previous forecast of 4.4%. The IMF said that the pandemic has taken a turn for the worse in some parts of the world, since the release of the April 2021 WEO.

Meanwhile, a speedy vaccine rollout has helped bring down caseloads quickly in other regions. Economies are diverging even further, influenced by differences in the pace of vaccine rollout and policy support.

However, smooth and durable recoveries are not assured, even in places where infections are seemingly under control.

In terms of global trade, despite near-term supply disruptions, the IMF said that the global trade volumes are projected to expand 9.7% in 2021, moderating to 7.0% in 2022.

The IMF expected inflation to return to its pre-pandemic ranges in most countries in 2022, once these disturbances work their way through prices, though uncertainty remains high.

It explained that elevated inflation is also expected in some emerging markets and developing economies, related in part to high food prices.

“Central banks should generally look through transitory inflation pressures and avoid tightening until there is more clarity on underlying price dynamics,” it added, “Clear communication from central banks on the outlook for monetary policy will be key to shaping inflation expectations and safeguarding against premature tightening of financial conditions.”

It also said that there is however a risk that transitory pressures could become more persistent and central banks may need to take pre-emptive action.

Risks around the global baseline are to the downside, including a slower-than-anticipated vaccine rollout which may allow the virus to mutate further.

“Financial conditions could tighten rapidly, for instance from a reassessment of the monetary policy outlook in advanced economies in case inflation expectations increase more rapidly than anticipated,” the IMF said.

It noted, “A double hit to emerging market and developing economies from worsening pandemic dynamics and tighter external financial conditions would severely set back their recovery and drag global growth below this outlook’s baseline.”

The IMF stressed that multilateral action has a vital role to play in diminishing divergences and strengthening global prospects. The immediate priority is to deploy vaccines equitably worldwide.

In terms of Egypt, Brooks said that the Egyptian economy has actually been quite resilient.

“When it comes to inflation, Egypt is a country where we’re now seeing inflation at around 4.9% and the inflation target has actually been reset to be now at about 7% with a band of two around it,” she said.

She added that it is the IMF’s recommendation to continue the data-driven approach to monetary policy, which is something that the central bank has been doing over the past months, and such.