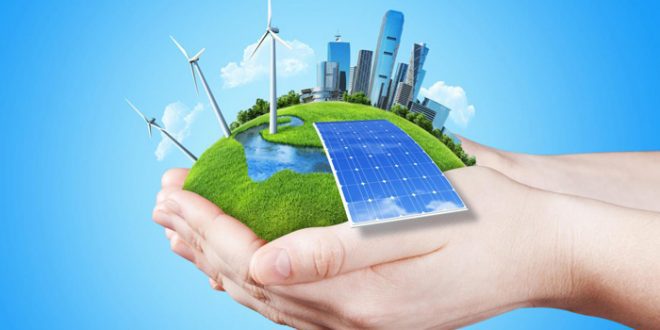 Researchers at the European Institute for Economics and Environment (EIEE) say that strict climate policies consistent with keeping warming below 2°C will increase global energy sector jobs by about 8 million by 2050.

The new study by the EIEE researchers noted that this is mainly due to gains in the solar and wind industries.

In the study published on 23 July in the journal One Earth, researchers created a global dataset of job footprints in 50 countries. They also used a model to investigate how they were trying to meet the global climate goal of the Paris Agreement.

The total number of countries that signed the Paris Agreement, which was concluded in 2015 on the side-lines of the UN’s 21st Conference of the Parties (COP21) climate summit, reached 195.

All signatories pledged to fight the causes leading to climate change, and to reduce the temperature of the Earth’s atmosphere by 1.5-2°C. This would bring the temperature to levels found before the industrial revolution of the 19th Century.

The coal, oil, and natural gas industries employ nearly 18 million people, but to keep global warming below 2°C, a goal set out in the 2015 Paris Climate Agreement, uses of all fossil fuels must be significantly reduced. They must also be replaced by renewable energy sources, as much as possible, to reduce the carbon emissions to the lowest possible level.

The 18 million workers in the energy industries is likely to increase to 26 million or more than 50% if we reach our global climate goals. The manufacturing and installation of renewable energy sources is expected to account for about a third of these jobs, which countries can also compete for in terms of location.

Specifically, the study focused on quantifying the impact of energy system changes on functions that relate to core activities involved in energy supply chains. This is because these functions are closely related to the growth and decline of energy technologies.

The majority of countries will see job gains, such as the US, India, the Middle East, Africa, and China, as well as fossil fuel exporters such as Canada and Australia, said first author Dr Sandeep Pai, who recently obtained a PhD in environment and sustainability from the University of British Columbia. He noted, however, that Mexico may see a net decline in jobs.

Pai added that, in the future, most job losses will be in the coal mining, and oil and gas sectors. However, new jobs will be created in renewable energy sectors such as solar and wind energy manufacturing.

The findings warn that when the Middle East oil sector declines, hundreds of thousands of well-paying jobs will be wiped out. Hence, to make this transition “fair”, governments around the world need to plan proactively to create jobs for workers who will expect to lose their jobs.

The study’s supervisor, Johannes Emmerling, an expert in environmental economics at the EIEE, said that politicians often use the functions of coal and oil extraction to justify reliance on these types of fuels rather than embarking on a shift towards clean energy. Renewable energy can provide millions of jobs.

According to the model adopted by the study, the team expects that the share of the renewable energy sector will reach 84% of the total jobs in 2050. Meanwhile, the total jobs from work in sectors dependent on fossil fuels will be 11%, in addition to another 5% available from work in the fields of nuclear energy.

This means that fossil fuel extraction jobs, which make up 80% of current energy sector jobs, will decline rapidly, and these losses will be offset by gains in solar and wind manufacturing jobs.

With the increasing calls by the UN, civil society, and environmental activists to reduce reliance on coal in industry and electricity generation, investors are increasingly concerned about pumping more money into coal-based industries. This concern has caused supplies of coal-fired power plants to fall 75% since 2015.

The study’s authors say their next goal is to explore shifts in skill levels, education requirements and wages that might result from trying to meet the global climate goal of keeping warming below 2°C.

Spain one of most important tourism exporters to Egypt: Official