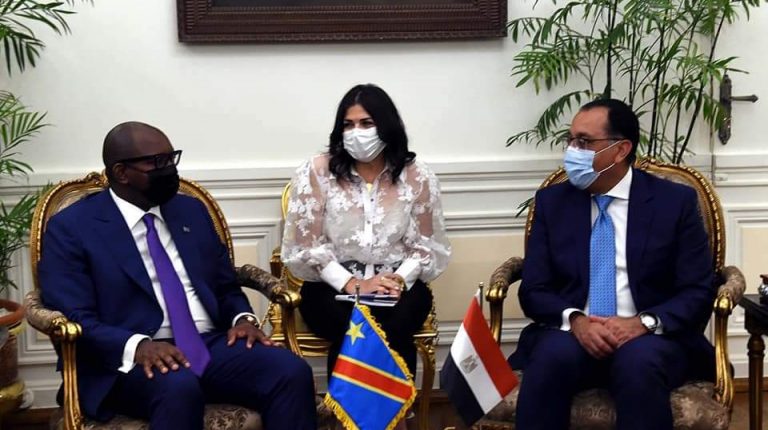 Egypt’s Prime Minister Mostafa Madbouly has asserted his country’s readiness to share its experience in a broad range of areas with the Democratic Republic of the Congo (DRC).

Madbouly’s remarks came late on Tuesday, when he received his DRC counterpart Jean-Michel Sama Lukonde and his accompanying delegation that are currently on a visit to Cairo.

Lukonde attended the meeting accompanied by the DRC’s delegation, including the country’s Ministers of Planning, Housing, Regional Planning, and Trade and Industry. Also present were the DRC’s Ambassador to Egypt, and a host of senior officials from both countries.

During the meeting, the two sides discussed means to strengthen cooperation between Egypt and the DRC.

Madbouly lauded the special bilateral ties the two countries have, and praised the current strong cooperation. This was illustrated in the five recent meetings held between Egypt’s President Abdel Fattah Al-Sisi and his DRC counterpart Félix Tshisekedi to enhance bilateral relations.

The Prime Minister said such visits were fruitful and led to increasing cooperation with a big number of investors from the DRC to carry out major development projects in: infrastructure; digitisation; development; construction; energy; and water, among others.

He also praised great efforts exerted by the DRC, which currently chairs the African Union (AU), to settle the issue of the Grand Ethiopian Renaissance Dam (GERD) crisis.

Lukonde extended thanks to President Al-Sisi over his backing for the DRC at all levels, in order to increase cooperation and help it carry out several development projects.

He expressed his country’s appreciation for the great support provided by Egypt, and asserted his aspiration to have the Egyptian support in infrastructure projects, as well as road projects.