During his inspection tour, Madbouly said that the Egyptian Government is determined to speed up the implementation of the project. This comes as part of President Abdel Fattah Al-Sisi’s directives to compress the executive timeline, given its added value on the efforts to develop the Greater Cairo region.

The project also represents a view of Egypt’s history that allows the country to serve as a regional and global tourist destination reflecting the nobility of the Egyptian civilisation.

The project also forms part of the state’s efforts to develop main roads, axes, and entrances surrounding the project site to accommodate the movement of citizens and the expected tourism to the project site.

Madbouly instructed to pressure the project’s executive programme to develop the Amr Ibn Al-Aas Mosque Square, so that the planned development to serve the visitors of this area will take place.

This would also achieve a real improvement, given that this site is the main entrance to the Fustat Garden project, and boasts a strategic importance for its mediation in the Interfaith complex.

The Fustat Garden development plan, titled the “Fustat Hills Park” project, depends mainly on the design of a public park that has a view of several archaeological and historical sites and landmarks.

This makes it a regional and global tourist destination, whilst providing a number of recreational activities. It also supports traditional industries specific to the region, in addition to reviving the area’s heritage through various historical eras.

In this article, Daily News Egypt digs further into the history of Fustat, as well as the history of excavations there since the region’s establishment by Amr Ibn Al-Aas until now. 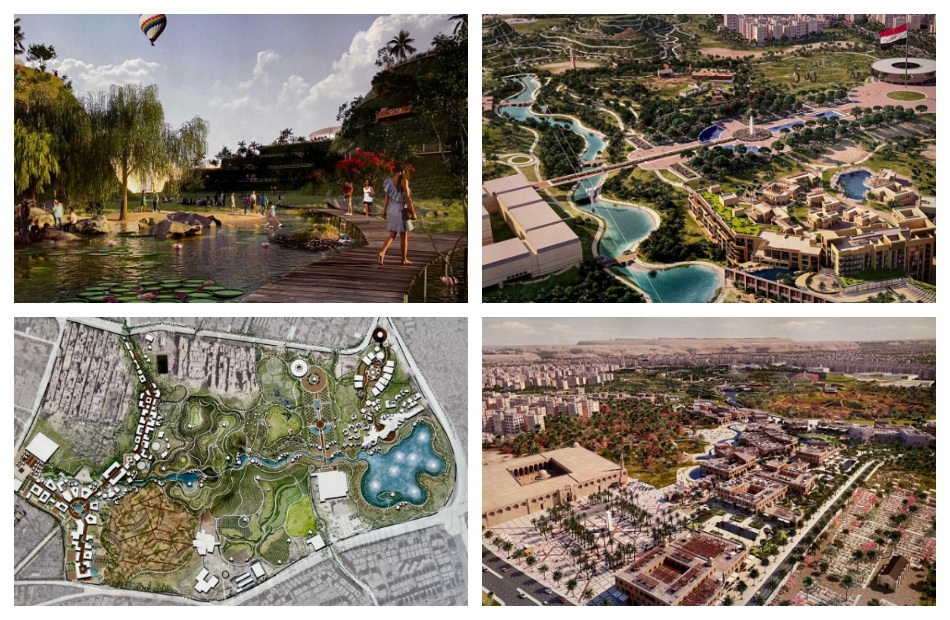 Osama Talaat, Head of the Islamic, Coptic and Jewish Antiquities Sector, said that Fustat is the first and oldest Islamic capital, as it was built shortly after the Arab Islamic conquest of Egypt in the year 20 AH (641 CE).

For the founding of the new capital, Amr Ibn Al-Aas chose this site, which was previously uninhabited except for the Roman fortress known as Babylon Fortress.

The new capital was called Al Fustat, meaning “the tent”, though it is currently known as the Old Cairo Quarter. It is one of the oldest neighbourhoods in the Greater Cairo Governorate, as it includes many notable archaeological sites, including the Amr Ibn Al-Aas Mosque, which was the first building to be erected in the new city.

This is in addition to a number of churches of the neighbouring Mar Girgis area, which include the Hanging Church and the Abu Serga Church, which was built over the cave in which the Holy Family took shelter during their journey in Egypt.

Other notable monuments in the area are the Synagogue of Ben Ezra, the excavations of the Fustat ruins, the Nilometre on the nearby island of Roda, as well as the Manasterly Palace and the Palace of Muhammad Ali in Manial.

Historical sources indicate that the first building in Fustat was the Amr Ibn Al-Aas Mosque, followed by the establishment of the Emirate House, which was built as a residence for rulers since the early Islamic era. As the population in the surrounding area grew, houses were gradually built as well, to accommodate the growing population.

It was not long before Fustat took on the appearance of a city with its great mosque, the surrounding commercial markets, as well as the houses. There were many lanes, alleys, and pathways, which were a manifestation of urban expansion and economic prosperity.

At the end of the Fatimid era, the city was exposed to a huge fire that led to its eastern half burning down. Over time, this eastern half felt into dilapidation, and remained like this until 1912 CE when the first archaeological excavations began there.

Archaeological and scientific excavations by the Egyptian Antiquities Authority at the time began in the city of Fustat between 1912 and 1920, carried out by the Egyptian archaeologist Ali Bahgat and French engineer Albert Gabriel.

The pair carried out organised excavations that resulted in the discovery of houses, known as “fustat houses” and other facilities dating back to successive periods, starting from the Tulunid era until the Fatimids, or from the 9th Century CE to the 12th Century CE.

The houses, which stood at four storeys high, were built of red bricks, and consisted of an open courtyard, a main hall, and a group of rooms, in addition to a garden.

Although the remains now stand at a mere 50 cm to 2.50 metres tall, most still preserve their water supply and drainage systems, providing a fascinating insight into.

As for the archaeological artefacts discovered during the excavations, which include papyri, textiles, coins, ceramics, and others, these have been preserved and put on display in the Museum of Islamic Art.

Archaeologist Hassan Al-Hawari completed the excavations started by Ali Bahgat, going on to discover the remains of the Tulunid House, which dates back to the 3rd Century CE. The building was constructed during the era of Ahmed bin Tulun, who assumed the mandate of Egypt making the country independent from the Abbasid Caliphate.

The excavations in the area continued under Gamal Mahrez in 1964, followed by excavations conducted by Cairo University’s Faculty of Archaeology, headed by Souad Maher, which took place between 1973 -1975 in the area of ​​the Awliya Mosque.

The Egyptian-US mission undertook further excavations behind the Abu Al-Saud Mosque under the scholars George Escanlon and Cobiac, whilst the French Institute excavated in the Establ Antar area.

This was in addition to excavations by the joint mission between the Japanese Center for Middle Eastern Studies and the Inspection of the Antiquities of Fustat and the American Research Center. These latter excavations were located in the Al-Fawakhir area behind the Amr Ibn Al-Aas Mosque.