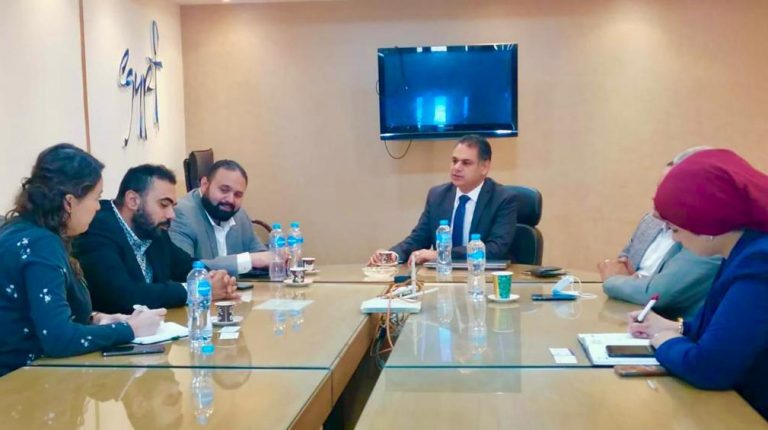 The Egyptian tourist market is one of the most important tourist markets in the Middle East, according to the low-cost Hungarian air carrier, Wizz Air.

This is due to its diversity and richness in tourist and archaeological attractions, as well as other tourist components. Together, these ensure Egypt is one of the most important and preferred destinations for tourists, according to Barbara Acosta, Senior Manager of Network Development at Wizz Air.

Her remarks came during her meeting with Ahmed Youssef, CEO of the Egyptian Tourism Promotion Board (ETPB), where the two sides discussed enhancing means of joint cooperation in the field of tourism promotion.

The discussions also touched on marketing for Egyptian destinations, and reviewed development plans for operating current flights organised by the company.

During the meeting, Acosta outlined the company’s plan, which aims to launch a number of new airlines from international cities for Egyptian tourist destinations during the coming period. These flights are set to fly from several countries around the world to Sharm El-Sheikh, Hurghada, Borg El-Arab, Luxor, and Sohag.

Youssef said that the governorates of South Sinai and the Red Sea were among the first to receive tourists since the resumption of incoming tourist to Egypt on 1 July 2020.

He noted that all workers in the two governorates’ tourism sector had been vaccinated against the novel coronavirus (COVID-19).

Youssef also said that the average number of tourists Egypt receives is on a steady and continuous increase. The percentage of tourists arriving in the country during June 2021 reached 56% of the numbers that arrived in the same period in 2019.

During the meeting, Maged Abu Sedira, head of the Central Department of Foreign Tourism at the EPTB, referred to the most important markets exporting tourism to Egypt during the last period.

He stressed the Egyptian state’s continued strict application of all precautionary and preventive measures in accordance with internationally recognised standards.