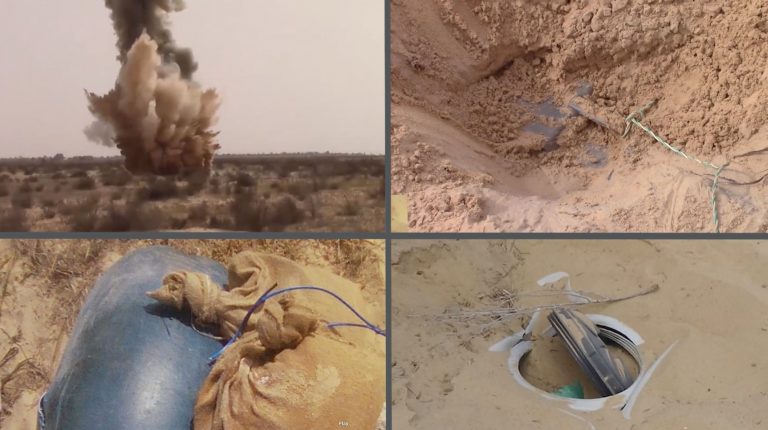 The Egyptian Armed Forces have neutralised 89 takfiri extremists in a military operation in the North Sinai, army spokesperson Gharib Abdel Hafiz said in a statement on Sunday.

The statement added that eight army personnel were killed or wounded in the operation.

“A total of 73 automatic rifles, 140 magazines, 5,606 multi-caliber bullets, 34 radios, a drone equipped with a camera, a night vision device, a laptop, and several mobile phones were seized,” the statement added.

In addition, 404 explosive devices, 4 explosive belts, 59 motorcycles and 52 cars used by the extremists were discovered and destroyed.

Moreover, the Border Guard Forces, in cooperation with the military engineers, succeeded in discovering and destroying 13 tunnel entrances used by extremists to infiltrate into the North Sinai.

Meanwhile, the Air Force, in coordination with the Border Guard Forces, destroyed 200 four-wheel drive vehicles, some of them loaded with weapons and ammunition, in the Western Desert.

These vehicles were attempting to illegally enter the country through the western and southern borders, according to the statement.

The extensive military operation in Sinai, aiming at targeting dens and ammunition storages that are being used by terrorists, according to the first statement from the armed forces. The operation includes navy, air force, and infantry forces.

Since 2013, both the army and police have been engaged in armed clashes with a terrorist group called “Sinai Province”, previously known as Ansar Beit Al-Maqdis. In 2014, the group declared its affiliation with the Islamic State (IS) group and carried out deadly attacks on army and police checkpoints.