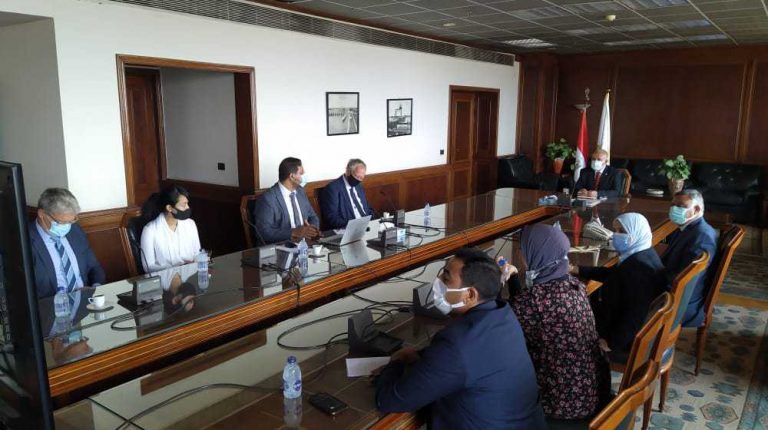 Egypt’s Minister of Water Resources and Irrigation Mohamed Abdel Aty held a meeting, on Monday, with a group of Dutch water experts to discuss the proposed cooperation programme funded by the Dutch government.

The meeting also touched on other topics, such as the use of modern technology to model the management of water, in addition to a package of training courses to build the capacities of specialists and researchers in the field of water management.

The Dutch consultants also reviewed the great success achieved by the Dutch side in dealing with the massive flood wave that hit Europe last month, with minimal losses.

The Egyptian-Dutch Water Advisory Panel was established in 1976. Since then the panel has been working to support the exchange of experiences between the Egyptian and Dutch governments in the areas of planning and management of water resources.