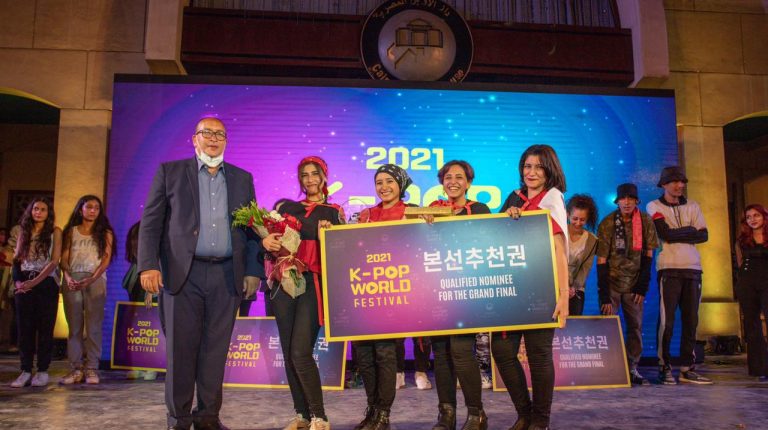 The Korean Cultural Center in Egypt hosted the preliminary competition for the 2021 k-Pop World Festival on Friday at the Cairo Opera House.

Eight groups performed during the final night. At the venue, anti-coronavirus measures were strictly implemented for the safety of the participants and audience.

Co-hosted by Korea’s Ministry of Foreign Affairs; Ministry of Culture, Sports, and Tourism; and the Korean Broadcasting System (KBS), the K-Pop World Festival is an annual music and dance competition in which contestants present K-Pop music and dance shows.

The festival has been developed in a way to unite the K-Pop fans and enhance the popularity of the Korean culture (Hallyu) across the globe.

The preliminary competition is seeking to provide an opportunity for the K-Pop fans in Egypt to demonstrate their talents in dance shows.

Celebrating the BTS as one of the most popular bands in the world, Charted multiple No.1 Hits on Billboard, all participants performed a dance show for one of BTS’s songs.

He expressed his appreciation for the K-Pop fans in Egypt, noting that the Center will continue supporting their activities to promote broader mutual understanding between Egypt and South Korea.

Four teams have been selected by a jury panel to participate in the online Changwon K-Pop World Festival scheduled in October in South Korea.