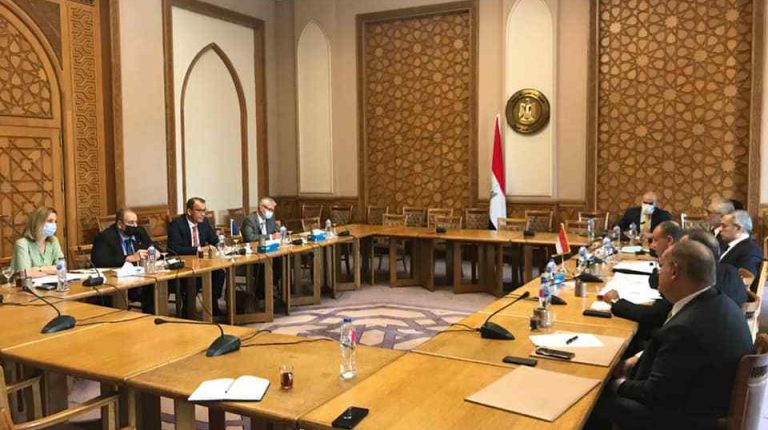 During the meeting, they discussed bilateral relations and ways to strengthen their ties in various fields, particularly in the areas of economic and trade cooperation, energy, education, artificial intelligence, digital transformation, and cybersecurity.

The consultations also addressed ways to take advantage of the significant investment opportunities in Egypt, including the construction of 14 new smart and green cities and the Suez Canal Economic Zone.

They agreed to work on increasing the rates of tourism from Romania to Egypt during the coming period, especially in light of the enormous efforts made by the Egyptian state agencies to handle the coronavirus pandemic and the application of strict precautionary measures in all Egyptian tourist destinations.

The two sides also discussed holding the fourth session of the Joint Committee between Egypt and Romania in light of the distinguished relations between the two countries.

For his part, the Romanian official stressed the importance that his country attaches to its relations with Egypt, pointing to the successful visit of President Abdel Fattah Al-Sisi to Romania in June 2019, which led to a breakthrough in relations at all levels.

He also stressed the importance of the Egyptian role in reaching a ceasefire agreement in Gaza and achieving stability and development in the Middle East and Africa.

The Romanian side affirmed the consensus of views between the two countries on many of the regional files, including cooperation in Africa and achieving stability in Libya and Syria.