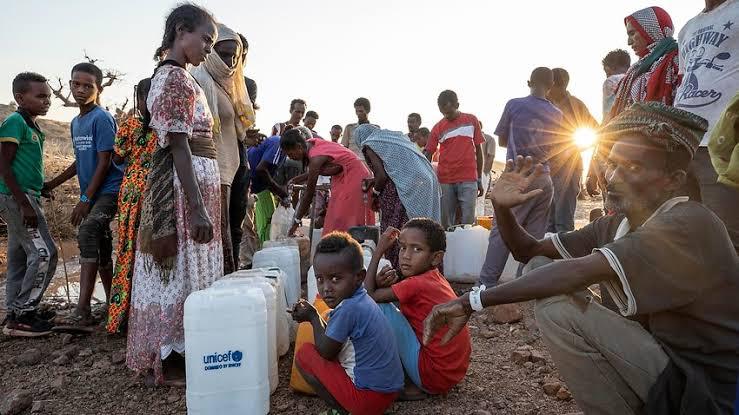 Mitiku Kassa, Commissioner for the National Disaster Risk Management Commission of Ethiopia (NDRMC), said that the Ethiopian government will not open any humanitarian corridors to Tigray through Sudan.

He told Ethiopian local media that some Western governments are pressuring Ethiopia to open a corridor to western Tigray through the Sudanese border to provide humanitarian assistance in the region.

According to Kassa, the government provides aid to the people in need in Tigray through the Afar region path in the east of the country.

He added that the Tigray People’s Liberation Front (TPLF) is carrying out hostile acts against the regions of Amhara and Afar, breaking the ceasefire announced by the government unilaterally, in addition to seizing more than 170 vehicles carrying humanitarian aid to the people in Tigray region.

He stated that some Western countries took advantage of this opportunity to demand the opening of a crossing through the western Tigray regions to send humanitarian aid directly through the Sudanese territory.

Kassa denied the claims of the Western countries that the Djibouti line is not enough to provide assistance to people in Tigray, asserting that the Ethiopian government believes that the Afar crossing is sufficient to bring aid to the Tigray region, and that the government will not open any other passages.

The nine-month-long war between the TPLF and the Ethiopian army and its allies has been mostly happening in Tigray. But the fighting is spreading into the neighbouring regions of Amhara and Afar.

Only on a single day last week, about 1,100 people from Ethiopia’s small Qemant ethnic group fled to Sudan due to fighting in Amhara, according to Sudanese media.

The conflict has caused a massive humanitarian crisis, and all aid routes into Tigray are blocked except for one road from Afar region where food convoys have recently been attacked.

The TPLF said they will force open a new aid corridor via Sudan by defeating the Ethiopia army and Amhara troops stationed there.

The UN said that about 5.2 million people in Tigray need humanitarian assistance, while the recent spread of fighting to Afar region has left thousands there displaced and in desperate need of food and shelter.