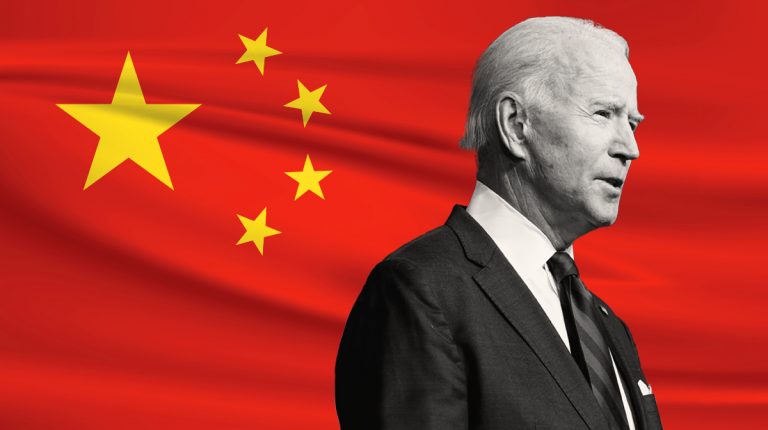 A few days ago, US Deputy Secretary of State Wendy Sherman visited the People’s Republic of China in the hope of calming tensions between the two sides. However, it seems that her visit did not achieve the desired goal as Chinese officials did not openly show a conciliatory attitude.

Indeed, the Chinese news agency reported that the dialogue is most welcome and is expected to lead to tangible progress. But at the same time, the agency stressed that to make the talks between the two sides fruitful, the US side must stop demonizing China and work with China to put in place a set of protective barriers for the long-term development between the two countries.

The agency also pointed out that the United States should also abandon its condescending attitude and learn to treat China and other countries with due respect. Most importantly, the agency emphasized that leaders in Washington must recognize that a healthy and stable relationship between the world’s two largest economies leads to the interests of not only China but also the United States as well as the broader global community.

These statements by the Chinese agency about the results of the visit conclusively clarify that diplomatic relations alone will not be enough to calm the situation between the two countries, as many obstacles prevent reaching a consensual atmosphere between the two largest powers in the world at present.

Undoubtedly, relations between China and the United States are the worst in several years, and they appear to be deteriorating further. To a large extent, the US anti-Chinese discourse, which considers China a real enemy, is one of the most important obstacles that must be removed for the success of the dialogue between the two countries. Although China sees US President Joe Biden as a more rational enemy than his predecessor, Donald Trump, Biden’s political discourse and his administration toward China do not differ in essence from the previous ones. This indicates that tensions between the two countries will not ease in all cases. This is confirmed by the statements of US President Joe Biden on the China file, where Biden stressed that the rivalry between the United States and China will take the form of competition, as Biden said, “I will not deal with this matter as (Donald) Trump did, and there should be no conflict, but there will be Extreme competition.

This assertive non-conciliatory attitude is also confirmed by the statement of Anthony Blinken , Secretary of State in the Biden administration, where he classified China as the greatest threat to the United States and announced that they would strengthen their efforts to search for an alliance against it.

Most importantly, the negative view of China is not only confined to America’s political elite but also exists among the American people. The hostile rhetoric towards China by successive US administrations has made the American people consider China an “imaginary enemy” and believe that by containing its development, the internal and external problems facing the United States can be easily resolved. This hostile attitude of the American people constitutes another obstacle between the two countries that cannot be underestimated or ignored. According to the latest polls, 73% of Americans view China negatively. The younger generation of Americans adopts a tough stance toward China and may be less sympathetic to their fellow Chinese. Consequently, the United States is now witnessing waves of violence and hate speech against Asian Americans, and some attribute this wave of violence to the deterioration of US-China relations.

Today, more than five million people of Chinese descent live in the United States, more than three million of whom were born in China. These citizens suffer from unfair treatment within American society. For example, scholarships for Chinese students are denied and Chinese diplomatic and consular missions are also subjected to many harassments and violent attacks by US aggressors. This is even though the Chinese communities residing in the United States should not be a source of concern but rather a bridge between the two countries if the current US administration wants to establish a constructive dialogue between the two countries.

American support for Taiwan is also one of the most important factors in the conflict between America and China. The CPC regards Taiwan’s status as central to China’s sovereignty and territorial integrity. The US government views Taiwan in terms of its international obligations and security interests. Therefore, the Taiwan issue may constitute the greatest success in managing the Sino-US competition. This can happen if Washington adheres to the “one China” policy and refrains from publicly supporting Taiwanese independence, then Beijing will likely continue to seek peaceful reunification with Taiwan.

Finally comes the real obstacle, which is the rise of China as a real global power, which represents the greatest challenges facing any head of the White House. China is the fiercest opponent and the strong peer facing the United States, which America must find ways to live with, instead of the continuous escalation that will be reflected in the inevitable loss of both parties.

Under these facts, the two countries should abide by China’s “mutual respect” approach. Washington should respect Beijing’s domestic system, which has saved millions from poverty and brought stability to one of the largest countries in the world. On the other hand, Beijing should respect Washington’s positive role in the existing international order, which has helped promote economic growth and technological progress. Undoubtedly, the two countries will continue to compete in many areas such as global popularity, but they must refrain from competing over which country can direct harsh criticism at the other and which country can produce the most powerful weapons. So far, the proven fact is that if the United States and China fail to manage their competition, the entire world will face a massive wave of division, turmoil, and conflict.

Dr. Marwa El-Shinawy: Ph.D. in American Theatre and member of the Higher Committee for the Cairo International Festival for Contemporary and Experimental Theatre

Egypt participates in critical climate discussions ahead of COP26