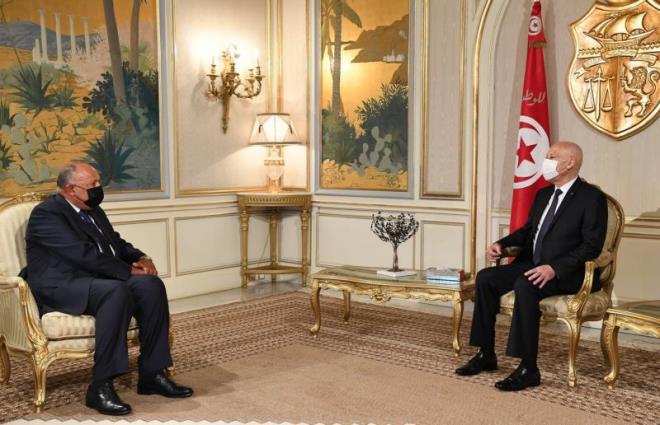 During their meeting, Shoukry expressed Egypt’s solidarity and support to President Saied’s efforts to achieve stability and development in the brotherly country.

For his part, President Saied expressed his appreciation to Egypt’s leadership and people for their support to Tunisia in the face of the COVID-19 pandemic.

He also stressed his firm keenness to continue to consolidate existing cooperation between the two countries.

Saied stated that Egypt and Tunisia are “working together to achieve stability, not only in the two countries, but also in the whole region.”

Tunisia has been going through political instability, social unrest, and general frustration in the previous period, but things escalated dramatically on 25 July when President Saied dismissed Prime Minister Hichem Mechichi and suspended the parliament. Using his constitutional powers, Saied also took a set of emergency measures to impose order in the country.