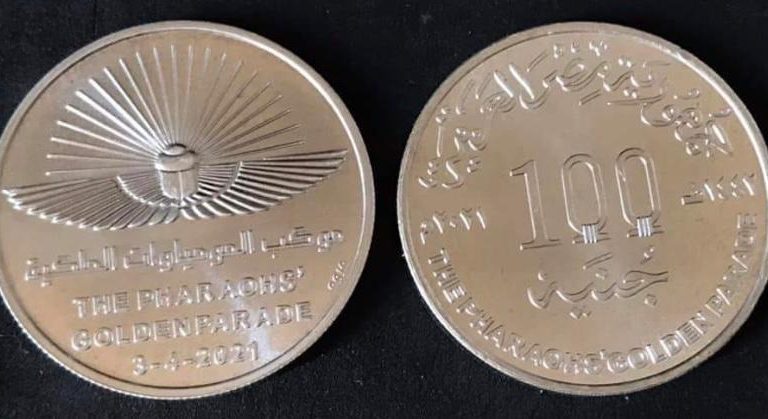 In commemoration of the Royal Mummies Parade from the Egyptian Museum in Tahrir to the National Museum of Egyptian Civilization in Fustat, which was held on 3 April  2021, the Ministry of Finance issued a commemorative silver coin of EGP 100 having the ceremonial logo in both Arabic and English to extol this exceptional event.

The parade witnessed the transfer of 22 royal mummies from the seventeenth to twenty-second dynasties, including the mummies of kings Seqenenre, Amenhotep II, Thutmose II, Thutmose III, Seti I, and Queen Hatshepsut.