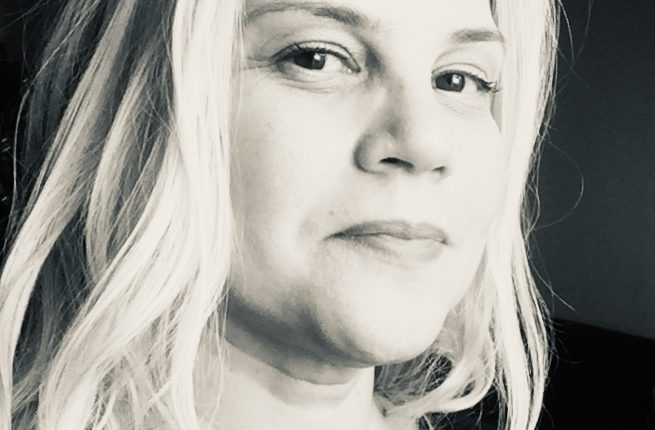 The political situation in Tunisia was going to a dead end, as conflicts between main parties deepened dramatically and the clash between President Kais Saied and the Ennahda Movement, the largest party in the 2019 parliament, reached an irreversible stage.

It all started when Ennahda withdrew confidence from the previous government led by Elyes Fakhfakh in July 2020. Later, President Saied appointed Hichem Mechichi as Prime Minister, but the new government opposed the policies of Saied. Eventually, Mechichi allied with Ennahda seeking parliamentary protection, which did not last long.

On 25 July, President Saied dismissed Mechichi and his government, taking over the executive authority. He also suspended the parliament and lifted the immunity of its members, citing Article 80 of the Tunisian constitution for times of “imminent danger” to the country.

Said announced his decisions in a video speech during a meeting with military and security leaders. President Saied said he would name a new prime minister within the next 30 days.

The move was seen as a “coup” by some Tunisians, while others welcomed it. At the same time, several protests erupted nationwide and some branches of the Ennahda Movement were stormed by angry protesters who blamed the party for the deteriorating situation in the country.

According to Article 80 of the Tunisia’s constitution, relating to emergency measures, “The President of the Republic, in a state of imminent danger threatening the integrity of the country and the country’s security and independence, is entitled to take the measures necessitated by this exceptional situation, after consulting the Prime Minister and the Speaker of the Cabinet.”

The condition expressed in Article 80 does not specify whether the president must consult with the parliament and government on the critical situation the country is facing, or on the measures to be taken. The president has a certain degree of discretion to decide whether to delay the state of emergency. However, Article 80 does not confer unrestricted powers to the president. It clearly states that during a state of emergency, parliament shall be deemed to be in a state of continuous session throughout such a period. Therefore, the president cannot dissolve parliament. Moreover, a motion of censure against the government cannot be presented.

The Tunisian Association for Constitutional Law is a well-established entity that includes legal experts and jurists specialized in constitutional law. President Saied had served as former vice president of the association.

Following Saied’s decisions, the Association expressed its concern about concentrating all political power in the president’s hands. The Association called on President Saied to abide by the democratic system. The president responded, in his successive statements, that the recent measures only aimed to hold accountable the corrupted politicians.

Hamrouni said that Tunisia is witnessing an exceptional situation as a result of continuous legal violations in the state institutions, especially since 2015, as Ennahda kept procrastinating the formation of the Constitutional Court.

Hamrouni said Saied’s actions were not a “coup”, however, she indicated the need to speed up the ongoing procedures, so that the emergency period could not be prolonged.

How did you see President Saied’s actions?

The decisions came after several months of disruption in the state institutions. Therefore, we were not surprised that the President resorted to Article 80 of the constitution, despite the difficulty and sometimes impossibility of implementing all its conditions.

We said that this article enables the President to have the discretionary power to declare a state of constitutional exception, and to choose the measures he deems appropriate to confront the disruption of the state agencies. But we also said that the same article stipulates that the parliament remains in continuous session.

As for the street’s rejoicing with the president’s decisions, it comes as a result of the previous positions of the government and parliament, which were considered to be working against the citizens, which prompted the crowds to express their anger and protest against those policies.

The absence of the Constitutional Court has complicated the current scene. In your opinion, who is responsible for this?

The issue of the Constitutional Court went through several stages. The Ennahda Movement rejected the candidacy of specialized independent figures to form the court. We were then keen to stress the importance of forming the court. In 2019, the movement said it was keen to form the court.

In fact, what the parliament, led by Rachid Ghannouchi, did after four years of procrastination did not abide by the 2015 law related to the Constitutional Court, but rather it tried to amend the law to be in line with their political goals and control the court. They wanted to reduce the amount of parliament votes required to elect the court members, a matter that was rejected by the presidency.

How do you see the decision to lift the immunity of MPs in preparation for opening an investigation of some parliamentarians?

Immunity is a mechanism that guarantees the freedom of the parliament member to perform his/her role, which is the case in all democracies. However, a group of MPs used this immunity to escape punishment for crimes related to taxation and corruption.

Unfortunately, the Ennahda Movement dominated the judiciary authority, and turned a blind eye to these crimes, which encouraged more violations.

In your capacity as a legal expert, how do you see the suspension of parliament for a month subject to renewal?

The state of emergency must end as soon as possible, in order to return to the normal situation.

Therefore, in order for the president not to depart from the framework of Article 80 of the constitution, he must end the exceptional period as soon as possible.

What do you expect after that suspension period?

The political scene may be restructured, after applying electoral sanctions on violators.

If the court dismissed the electoral lists that illegally obtained foreign funding during the election, we will witness a partial election. It will depend on the number of dismissed MPs, and on whether whole parties will be punished as a result.

In your opinion, do the recent decisions mean the final defeat to the Brotherhood in Tunisia?

The huge acceptance of Saied’s decisions among the people means that most Tunisians did not only reject Ennahda as a party that has never left power since 2011, but the entire political elite.

The real defeat was Ennahda’s attempts, within the last 10 years, to destroy everything the national state had built sixty years ago, and this is what the Tunisian people have finally understood.

The assassination of political figures case resurfaced after Saied’s decision, why this file was closed in the first place?

This file is very complex. The lawyers of Belaid and Brahmi, who were assassinated in the previous period, said that some judges loyal to the Ennahda Movement had manipulated the legal procedures of the case.

President Saied has also assumed the presidency of the Public Prosecution, what would be the impact of this decision on the case?

The President announced that he would lead the Public Prosecution temporarily but this matter was not mentioned in the Constitution. Anyway, the prosecution can only refer the case to trial.

How do you see the president’s decision to dismiss a number of high-level officials?

Article 80 of the constitution stipulated that the parliament cannot present a motion of censure against the government during the exceptional period. I think the President considered that the dismissal of those officials is necessary to restore the state institutions. Actually, I wonder why he did not dismiss all members of the government.

Were the dismissed officials accused in any case before the decisions? Are they all affiliated to the Ennahda Movement?

I do not know on what basis they were dismissed, but certainly not all of them belong to the Ennahda.

Do you think that the uneven powers granted to heads of different authorities in the current constitution contributed to the crisis, and that the solution is adopting either a complete parliamentary or presidential system?

I don’t think so, because the winning parties in the elections have never abided by the constitution, but rather they sought to form a consensus between different parties, a policy that destroys electoral results, and protects officials from bearing political responsibility in case of failure.

What if President Saied called for a constitutional referendum to turn Tunisia into a fully presidential system?

Could the President dissolve the parliament?

Dissolving the parliament would be a clear breach of the constitution.

Could you brief us on the role of the Tunisian Association for Constitutional Law? And how was it formed?