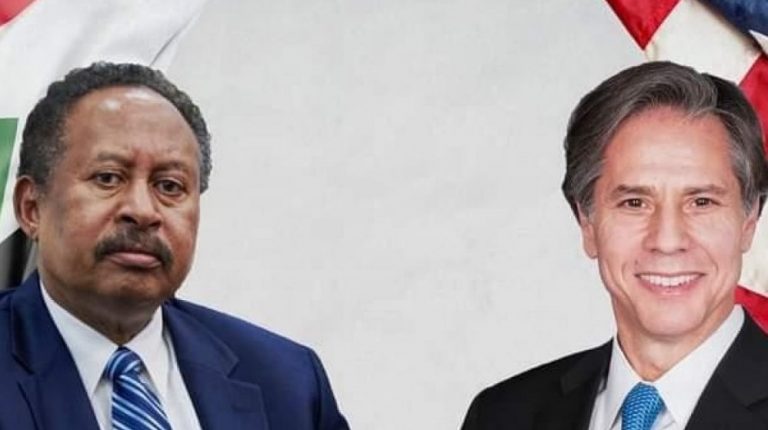 US State Department spokesperson Ned Price said that Secretary of State Anthony Blinken discussed, in a phone call, on Wednesday, with Sudanese Prime Minister Abdullah Hamdok, the developments of the armed conflict in Ethiopia.

He pointed out that Blinken and Hamdok discussed “shared concerns about the expansion of armed conflict in the Amhara and Afar regions of Ethiopia.”

The two sides also discussed the deteriorating humanitarian situation in the Tigray region and reports of the re-entry of Eritrean forces to Ethiopia, with its repercussions on regional stability.

The statement indicated that Blinken and Hamdok agreed to encourage all parties to hold ceasefire talks and engage in an inclusive political dialogue in order to preserve the unity of the state of Ethiopia and ensure full humanitarian access to all those in need.

It stated that the two sides also discussed “progress in the democratic transition in Sudan and ways to expand relations between Sudan and the United States.”