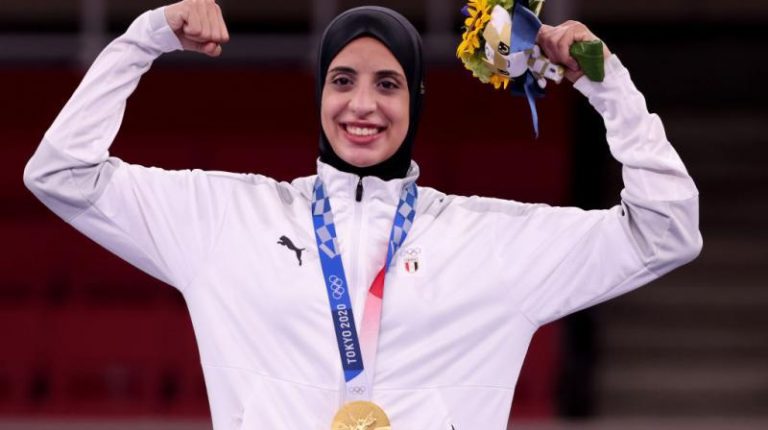 Egyptian karate player Feryal Abdelaziz made history after winning a gold Olympic medal in the women’s kumite +61kg event, on Saturday, as she defeated Azerbaijan’s Irina Zaretska 2-0 in the final round of the tournament.

Egypt has so far won six medals in Tokyo 2020, the country’s most medals won at a single Olympic Games.

Abdelaziz, 22, defeated Sofya Berultseva of Kazakhstan 5-4 in the semifinals of the competition to reach the finals.

On 6 August 2021, Giana Farouk won Egypt’s first ever medal in karate after securing a bronze in the women’s kumite -61kg event.

Also on Saturday, Ahmed El Gendy won a silver medal in the Men’s Modern Pentathlon. The 21-year-old was the first Egyptian and Arab to have a medal in this marathon sport.

Once a dream, gender equality at Olympic Games becomes reality