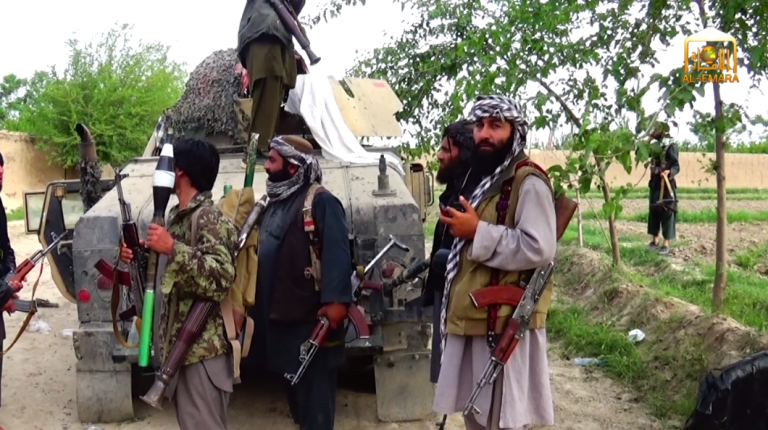 The situation in Afghanistan is like a domino game. Every day, a new state falls into the hands of the Taliban, and it is almost controlling the entire country. It is as if time goes back to before 11 September 2001, when the movement was tightening its grip on Afghanistan.

In fact, I do not know whether the American withdrawal took place under the pretext that it does not want its forces to remain fighting forever there, or is it the kiss of life for the center of political and jihadist Islam, which has been faltering since the Egyptian revolution on 30 June 2013, which removed the Brotherhood from ruling Egypt.

In fact, regional powers are unable to contain this, unless they accept that the Taliban are the most effective forces in Afghanistan to return to pre-2001. Among these affected countries are Iran, Tajikistan, Uzbekistan, Pakistan, India, as well as Russia, and China. Everyone is affected to different degrees. On the other hand, the Taliban movement in the coming years will have on its agenda only how to succeed in controlling and expanding more internally, as the attention will focus on proving its rule and showing its seriousness in power, governance, and management of the country and strengthening its relationship with neighboring countries.  So far, the Taliban have taken control of most of Afghanistan, and they are looking forward to further expansion. Politically, the movement will be keen not to enter into any clash with any country or to interfere in the affairs of neighboring countries and others.

US President Joe Biden said, “American forces will finish the longest American military mission by 31 August. The United States went to Afghanistan to prevent another terrorist attack on the scale of the tragedies of 11 September 2001, and the military accomplished that mission. We achieved these goals.” And that’s why we went. We didn’t go to Afghanistan to build a country, and it is the Afghan people’s sole right and responsibility to decide their future and how they want to run their country.” This is how Biden spoke, forgetting or ignoring the main goal of the American invasion, which is to establish democracy in this country.

The accelerating events in Afghanistan will bring back the nightmare of al-Qaeda, at a time when America is seeking to rid itself of the curse of long wars and sacrifice its soldiers on lands whose societies are based on war and rivalry. More importantly, the agreement signed in Doha provided America what it wanted, which was withdrawal and guarantees of non-targeting, and in return, it did not provide anything, neither to Afghanistan nor to the Afghan government, which was a bystander.

Today, the American forces are on the verge of a complete exit, leaving behind the Taliban at the top of their ascent, and an Afghan government that is resisting the movement’s return to hegemony and is trying to repel its attacks on security centers and states, especially in the north and north-east. All affected nations are terrified; Iran urges the Shiite minority in Afghanistan to unite its position and efforts with the Afghan government; Russia is afraid, as it was before the fall of the Soviet Union, of the Sunni extremist group and its penetration of Central Asian countries; India sees the Taliban as a strategic depth for Pakistan, and China also has many concerns.

In short: The United States punished everyone by leaving. The region was left to its fate. Even Iran, which used to interfere in Afghanistan’s affairs, finds itself in trouble today if the movement completes its control over the state and occupies the capital, Kabul. Therefore, it is now calling for political negotiations between leaders of the movement and the Afghan government, to reach a satisfactory formula for a consensual government.

The proposed scenarios are multiple, the worst of which is the outbreak of a civil war between the government and the Taliban with ISIS in Khorasan, and the return of the armed al-Qaeda organization to threaten the world again. But the page is also not devoid of great opportunities for the Taliban to achieve what it has always wanted, which is the authority to rule. All conditions are in favor of the Taliban except for one factor, which is their lack of acceptance in the international community, and this is an issue that can be settled by political participation in the government, especially since its agreement with Washington gives it the symbolism of the political entity and the implicit recognition of its influence on the Afghan arena.

In fact, the Taliban leaders want to negotiate from a position of force after their occupation of the provinces and perhaps the capital and impose their conditions on the mechanism of governance, elections, and the constitution, which is what the Afghan government fears and rejects. However, it is difficult to judge before all negotiation opportunities are fulfilled, whether under international sponsorship or from one of the interesting countries such as Iran or Turkey.

Undoubtedly, the movement’s great advantage is its fighting power on the ground, and its popular presence as well, and this will give it a solid negotiating position. It can choose the first path, civil war, guerrilla warfare, and caves, and herald the return of terror, or it can choose the corridors of government institutions and international acceptance. This depends on the extent of its leaders’ pragmatism, their study of the current conditions, and their understanding of the variables that come on top of the absence of the Western enemy, I mean the United States, from the scene. Hence, the absence of a combative doctrine against the foreign enemy, which was an important morale factor on which it relied.

The Afghan government, in turn, does not have many options. Western countries have completely withdrawn from Afghanistan, leaving the government alone in the face of the Taliban. But it has international recognition, which is in fact not important at present if we take into account the great difference in the balance of forces on the ground in front of the movement’s strength.

Afghanistan had a great opportunity to stabilize and become a viable country after decades of bloody conflicts, and to achieve stability. Now, no one knows where it will settle.