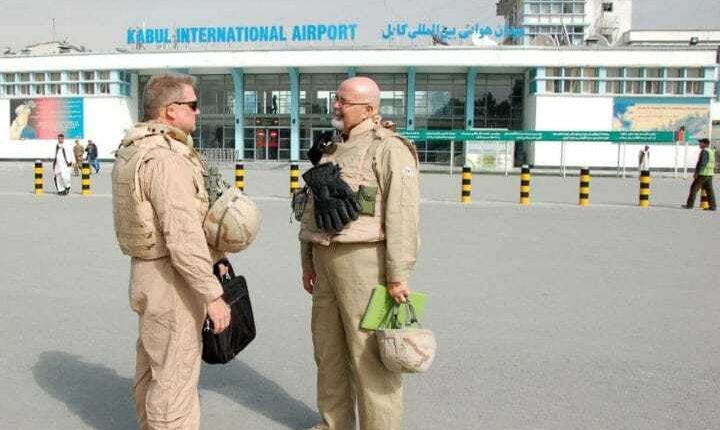 Once again, tensions in US-Turkish relations are resurfacing, announcing the continued deterioration of relations in the coming years. This is despite the common interests between the two countries, especially in the Middle East, and Turkish President Recep Tayyip Erdogan’s attempts to improve relations with US President Joe Biden. This apparent contradiction is mainly due to the differences in their policies, as each of the two countries seeks to promote its regional interests, even at the expense of the other party. To a large extent, the recent Afghan refugee crisis is a clear example of these contradictions and entanglements in US-Turkish relations.

In his quest to improve relations with the United States, and to avoid any new escalation, President Erdogan offered his American counterpart the “services” of the Turkish army by sending additional troops to Afghanistan to secure Kabul Airport after the American withdrawal from Afghanistan. Despite this, in a contradictory reaction to Erdogan’s offer of services to the US president, the Turkish Foreign Ministry expressed its total rejection of participating in the US program to transfer Afghan refugees to its territory through third countries, within the framework of the so-called “Admission Program for Afghan Migrants working in The United States and Their Families” previously announced by Washington.

In an official statement, Turkish Foreign Ministry spokesman Tanju Bilgic strongly criticized the US decision, which did not take into account the economic crises that Turkey is going through at present due to the increase in the number of immigrants there. He said: “As Turkey, we do not accept the irresponsible decision taken by the United States of America without consulting our country. If Washington wants to transfer these refugees to its territory, it can be done directly by plane”. He stressed that “what the United States announced will lead to a major migration crisis in our region.”

In fact, relations between Turkey and the United States are going through their worst stage since the Turkish military intervention in Cyprus in 1974, when the differences between the two countries multiplied in several files till the present time, so that Current US National Security Adviser Jake Sullivan declared last January that Turkey and China are a source of concern to Washington.

Further, disagreements have accumulated between the two parties in the past five years, especially after the failed coup attempt that took place in Turkey in the summer of 2016, in which Ankara accused Washington of plotting against it. Indeed, this failed coup against Erdogan can be seen as a pivotal turning point in Turkish foreign policy, which turned to Russia to build its alliances away from the West and the United States; Especially since the Turkish government blamed the coup on the dissident Abdullah Gulen, who resides in Pennsylvania, whom the United States refused to extradite to Turkey despite its repeated demands.

There is no exaggeration if we say that at present the files of cooperation and agreement between Washington and Ankara are almost much less than the files of disagreement between them, such as the American support for the Kurds, the crisis in the eastern Mediterranean, and the decline in the level of democracy in Turkey. However, the most important file in the dispute, which is difficult to find solutions to due to the conflicting political interests between the two countries, is the shifts in Turkish foreign policy.

There is no doubt that with the exacerbation of tension between the United States and Turkey, the latter moved in different directions to compensate for the possible loss of the American ally, and fear of the repercussions of American policies in both Syria and Iraq on its security and nationalism, and perhaps Turkey’s main concern in all its moves is to prevent the establishment of a state Kurdish in the region for its security. The transformations in Turkey were represented in the rapprochement with Russia, as the Turkish-Russian rapprochement came as a reaction to what Ankara says about the betrayal of its American ally in the Syrian crisis. The rapprochement with Moscow has reached the point of concluding huge strategic deals in the field of oil, natural gas, and weapons, perhaps the most important of which is the purchase of the S-400 missile defence system, which provoked angry reactions in the West and the United States.

Although the meeting between Erdogan and Biden, on the sidelines of the NATO Summit in Brussels on 14 June 2021, constituted an important opportunity for Erdogan to try to improve relations with the United States, the differences between the two countries are too big to be resolved in a two-hour summit between the two sides. Especially since the summit did not issue any understanding regarding the formation of committees to follow up on issues of disagreement or a date for another meeting between the two presidents or a visit by Erdogan to Washington.

This is a strong indication of President Biden’s adherence to his uncompromising position on President Erdogan, and his refusal to make any progress in resolving the dispute files before Erdogan presented real practical steps regarding his military cooperation with Russia regarding the S-400 missiles, and his refusal to open a path of negotiation between the two countries while this crisis remains without a solution.

More importantly, Washington – President Biden’s administration in particular – is aware that Turkey’s regional importance has declined with the increase in its political crises with neighbouring countries, and the decline in its regional influence on many important issues as well, with the decline in US interest in the affairs of the Middle East. It seems that the American interest is currently focused only on preventing Turkey from turning into an arm of Russia’s policies or a supporter of Chinese expansion in the Middle East, something that Washington can prevent from happening through policies of pressure on Ankara, and not necessarily by providing incentives or working to improve relations.

Dr. Marwa El-Shinawy: Ph.D. in American Theatre and member of the Higher Committee for the Cairo International Festival for Contemporary and Experimental Theatre