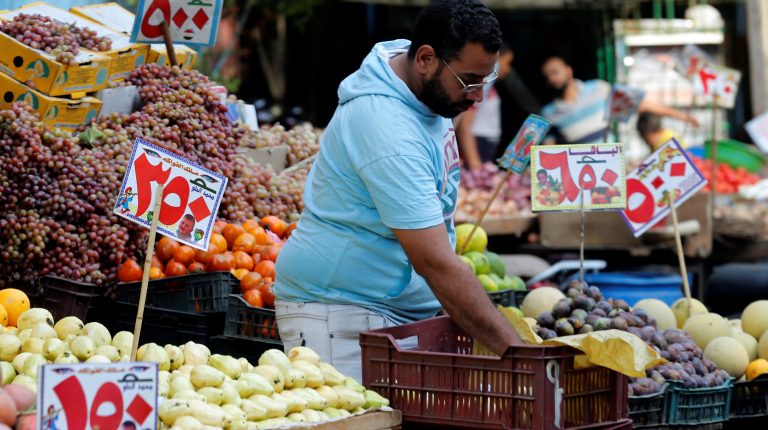 In its monthly report issued on Tuesday, the agency noted that the consumer price index for the whole country amounted to 114.4 points in July 2021, an increase of 1% from June 2021.

The Monetary Policy Committee (MPC) of CBE decided, during its meeting last Thursday, to maintain the basic interest rates for the sixth time in a row, at 8.25% for deposit; 9.25% for lending; and 8.75% for the credit and discount rates, and the price of the main operation.

It indicated that it believes that the basic interest rates at the Central Bank are appropriate at the present time, and are consistent with achieving the target inflation rate of 7% (±2%) on average during the fourth quarter of 2022, and price stability in the medium term.

It affirmed that it will closely follow all economic developments and risk balances and will not hesitate to use all its tools to support the recovery of economic activity, provided that inflationary pressures are contained.

Economist Mohamed Abdel Aal said that expectations indicate a continued rise in the inflation rate during the coming period for various reasons, the most important of which is the impact of potential rises in oil prices, and consumer and strategic goods globally, which may be reflected after a while on the prices of local commodities.

He added that it is also expected that the inflation rate will remain a single digit, between the level targeted by the Central Bank, which is 7% (±2%), i.e. between 5-9%, and in light of this, thinking about any temporary adjustment of interest rates is something that may be unreasonable.

According to Abdel Aal, the current or expected inflation figures, compared to the average yield curve on the pound, still indicate a very reasonable real return difference.

The Research Department at Beltone Financial expected the CBE to keep interest rates during the MPC’s meeting on 16 September.

Beltone indicated, in a report issued today, that the need to maintain investment attractiveness in the fixed income market, especially with the rise in interest rates globally, puts pressure on flows to emerging markets, which supports its vision of fixing interest.

Beltone pointed out that the developments in annual general inflation readings confirm the expected upward trend of inflation, approaching the target range of 7% (±2%) on average by the fourth quarter of 2022.

According to Beltone, this came despite the increase in electricity and fuel prices during July, which was reflected in a monthly increase of 2.4% in the housing and utilities sector compared to its slight change in June.

It indicated that the entertainment and culture sector witnessed an increase of 5% on a monthly basis, compared to 2.4% in June, as a result of seasonal spending during the Eid Al-Adha holiday period and the beginning of the summer season.

Beltone expected a rise in the annual general inflation reading in the second half of 2021, with the start of the rise in global prices of commodities gradually reflecting on the local market, in addition to the impact of the comparison periods.