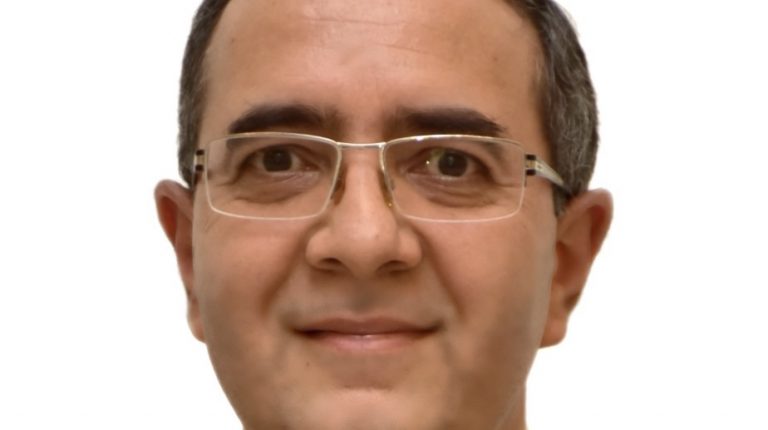 Trade exchange between India and Egypt increased to $1.10bn in the first quarter (Q1) of 2021, compared to $ 968.6m in Q4 of 2020, which shows a steady improvement, and promises optimistic trade figures in the future, according to India’s Ambassador to Egypt Ajit Gupte.

During an interview with Daily News Egypt, Gupte said that the trade exchange between the two countries reached $4.16bn in fiscal year (FY) 2020/21, down from $4.5bn in FY 2019/20, a slight decline due to the coronavirus (COVID-19) pandemic.

“We are happy to note that despite the pandemic, the trade volumes have been reasonably good, which gives more confidence that as the situation improves, the volume of trade between India and Egypt will go up. In 2020, India was Egypt’s 6th largest export destination and the 8th largest source of import. India was also the 8th largest trade partner for Egypt,” said the Ambassador.

As India celebrates on 15 August its Independence Day, Daily News Egypt sat down with the Indian Ambassador to learn more about the cooperation aspects between the two countries.

In your opinion, what distinguishes the Egypt-India relationship?

India and Egypt, two of the world’s oldest civilizations, have enjoyed a history of close contact from ancient times. Egypt has traditionally been one of India’s most important trading partners in the African continent. Cultural exchanges between the two countries have existed since time immemorial. Ashoka’s edicts refer to his relations with Egypt under Ptolemy-II. In the 20thcentury, Mahatma Gandhi and Saad Zaghloul shared common goals on the independence of their countries.  An exceptionally close friendship between President Gamal Abdel Nasser and Prime Minister Jawaharlal Nehru led to a Friendship Treaty between the two countries in 1955. The Non-Aligned Movement was a natural outcome of this relationship. The strong ties between India and Egypt are evident from the affection towards India amongst the Egyptians. The strong people-to-people connections and business relations have continued to strengthen. After President Al-Sisi in Egypt and Prime Minister NarendraModi in India came to power, we witnessed a new phase in bilateral relations defined as “New Partnership in New Era”.

What are India’s priority files in terms of its diplomatic relations with Egypt?

The immediate agenda is revitalization of the bilateral mechanisms, which have taken a hit due to COVID-19. There are multiple MoUs in the pipeline towards achieving these objectives and we are hopeful that the relationship will improve rapidly, overcoming the limitations imposed by the pandemic. Improving defence cooperation via joint exercises, sharing of expertise, joint production, counter-terrorism cooperation, etc. are also important aspects of our relations which we intend to explore further in the future.

Expanding bilateral trade and commercial relations, with more Indian investments in the fields of renewable energy, pharmaceutical sector, etc. in Egypt is also one of our key objectives.

Both India and Egypt are young and vibrant societies, but it is imperative that we ensure food and health security of our people, their education, sustainable employment opportunities etc. as well. As such, exchange of best practices on meeting SDGs provide another major avenue for India and Egypt to collaborate further. India’s efforts towards enhancing technical and economic cooperation through scholarships, exchange programmes, etc. are designed to meet these goals through capacity-building in developing countries.

India has witnessed great economic, technological, and industrial leaps. How can Egypt benefit from Indian expertise in these areas?

Indian private investment in Africa has surged, particularly in telecommunications, IT, energy, and automobile sectors, and sources estimate Indian investment at over $32bn. Much of the current India-Africa trade and investment relationship can be attributed to the steps taken by the Government of India and the initiatives of the Indian private sector.

India is also a pioneer in space research, online education, cyber security, financial technology, etc. This expertise and dynamism is coupled with an increasing receptiveness in Egypt which could help broaden our cooperation significantly.

India’s role in higher education and training in Egypt is primarily conducted through the Indian Technical and Economic Cooperation programme (ITEC). This cooperation can be further enhanced through online education. Many African students and professionals have benefited from ITEC derived projects like the Pan-African e-network project and the Special Commonwealth Assistance for Africa Programme (SCAAP).

What about the technical cooperation between Egypt and India?

Technical cooperation and assistance have been a major part of our bilateral relationship. In the 4th Joint Committee Meeting (JCM) on Science and Technology between India and Egypt was held in New Delhi, both sides agreed to support 20 new R&D Projects in areas including Nanotechnology, ICT, and Biotechnology. It is also agreed that Indian& Egyptian scientists will collaborate in a more focused way to develop affordable solutions for common challenges faced by both the countries on water, food, energy and health. More than 1400 Egyptian nationals have availed scholarships under Indian Technical & Economic Cooperation Programme (ITEC), ICCR, and CV Raman International Fellowship for African Researchers. ICAR and the Agricultural Research Center of Egypt are working in the field of agricultural research. In addition to this,’Science & Technology’ cooperation is being implemented through biennial Executive Programmes. The Government of India has also provided support to Egypt to establish a Centre of Excellence in Information Technology (CEIT) at Al Azhar University, and upgrade a vocational training centre at Shoubra El Kheima in Cairo.

Could you brief us on India’s steps towards digital transformation?

An ambitious initiative that was launched by Prime Minister of India Shri Narendra Modi on 1 July 2015, #DigitalIndia has today turned into a mass movement, touching the lives of the majority of Indians.

Notably, there were 1.10 billion mobile connections in India in January 2021. The number of mobile connections in India increased by 23 million (+2.1%) between January 2020 and January 2021. The number of mobile connections in India in January 2021 was equivalent to 79.0% of the total population. This increase in connectivity has changed the lives of ordinary Indians. There were 624.0 million internet users in India in January 2021. Internet penetration is growing rapidly in rural India. Mobile data in India is many times cheaper than elsewhere. Indian internet users are paying less than $0.10 per GB. India leads the total number of digital transactions with 25.5 billion real-time payments transactions. We have developed a very robust digital payment infrastructure. Our dream of m-Governance – offering services on Mobile phones and ensuring access to online services to all – is a reality today. Implementation of initiatives like Aadhaar, UPI, and Digilocker is ensuring faceless, cashless, and paperless Governance that has laid the foundations of a strong, robust, and secure Digital India.

What about Egypt-India cooperation to combat COVID-19?

Both countries worked closely at all levels to fight the common challenge that the coronavirus pandemic poses to the world. Under its “Vaccine Maitri” programme, the Government of India sent over 66 million vaccine doses to 95 countries, including Egypt, which received 50,000 doses of the AstraZeneca vaccine from India. Similarly, when the second wave of Coronavirus hit India, and the cases increased rapidly in May 2021, Egypt was one of the first countries to come to India’s assistance and sent three aircraft carrying nearly 30 tons of medical aid and equipment. The Egyptian Pharmaceutical firm M/s EVA PHARMA also provided 300,000 doses of Remdisivir drug to India at the height of the second wave in May-June 2021.

The first quarter of 2021 saw resurgence of hope and economic activity, indicating a return of normalcy since the battle with the global pandemic began in early 2020. When the onset of the second wave of COVID-19 became apparent in May 2021, the Government, corporates, social organisations, and NGOs came forward to mitigate the suffering and to save lives and livelihood. The most important factor that contributed to the decline of the 2nd wave was India’s ability to empower its citizens with the right information and take precautions, as per the advisories issued by the Ministry of Health & Family Welfare. India has successfully used open-source digital tools like COWIN app for contact tracing and vaccine management. The positive indications in the last two months are that there has been a sharp decline in cases, a reduction in positivity rate and deaths, and lower active cases.

India has surpassed the 530 million mark in terms of the total number of COVID-19 vaccine doses administered so far. We are hopeful that we can vaccinate the entire adult population of India by the end of 2021.

As Prime Minister Shri Narendra Modi highlighted, India has taken a “whole of society” approach to fighting the pandemic, synergizing the efforts of all levels of the Government, industry, and civil society.

How much is the value of Indian foreign direct investment (FDI) in Egypt? What are the main challenges that Indian companies still face in Egypt?

There should be more outreach activities from Egypt to promote special economic zones in Egypt to Indian companies to attract investments. Egypt is blessed with its strategic geographical location, improved infrastructure and being a member of several free trade agreements. But these factors, along with financial incentives, must be showcased to the Indian business community by Egypt in India.

Also, disruption of travel during COVID-19 prevented many Indian companies from participating in events in Egypt. Indian companies are looking forward to meeting potential counterparts in Egypt and I hope the restriction on air travel will be lifted soon, especially as about 530 million vaccine doses have already been provided in India and most Indians wanting to travel are fully vaccinated.

We hope to see more bilateral investments between India and Egypt. Egyptian investments in India have been around $35m against Indian investments of $3bn plus in Egypt. India is a top investment destination for several sectors like IT, Pharma, Food Processing, Infrastructure, roads, etc. We would like to see top Egyptian companies to invest in India in these fields to make use of the opportunities presented in India by several schemes like Production Linked Incentives (PLI), Make In India, etc.

Does India plan to participate in the Egypt Defence Expo 2021?

Yes, India plans to participate in the Egypt Defence Expo 2021. While the details of the weapons, equipment, and technologies to be displayed have not been finalized yet, we intend to make this a platform to showcase the latest developments in Indian defence technology.

Will India and Egypt cooperate in the manufacture of weapons?

Discussions are ongoing to explore possibilities of Joint Ventures and Transfer of Technologies in the defence sector. Ship-building is also an area of interest for both the countries. Multiple Indian companies like HAL, BDL, GRSE are discussing agreements with Egyptian companies for further cooperation.

Could you brief us on the Embassy’s plan to enhance the cultural exchange between the two countries?

The “India by the Nile” (IBN) annual Cultural Festival has emerged as the largest foreign festival in Egypt.  IBN showcases Indian styles of classic and folk dance such as Kathak, Bharatanatyam, Odissi, Manipuri, etc., Exhibitions of different art form and handicrafts, Yoga and Ayurveda, Bollywood dance and music, Indian fusion music, Street Food Festival, screening of films, a Writers’ Workshop and a number of other events.

The “Egypt by the Ganga” Festival organized by the Embassy of Egypt in India with the support of Indian Council of Cultural Relations (ICCR) has showcased the glory of two ancient civilizations and deep rooted cultural ties.

Film screenings and other activities, including performing arts by visiting Indian cultural troupes, are regularly organized in cooperation with the Egyptian Ministry of Culture all over the country.

“Glimpses of India” painting competition is organized, in close cooperation with the Ministry of Education, annually for the last 25 years for school children at all educational levels and almost in all governorates of Egypt. The last edition of the event in 2019 saw an overwhelming participation of over 17,000 students.

We have recently revived Hindi and Urdu language classes, as well as Yoga classes run by MACIC. These cultural linkages would be strengthened in the near future, once the COVID-19 situation improves.