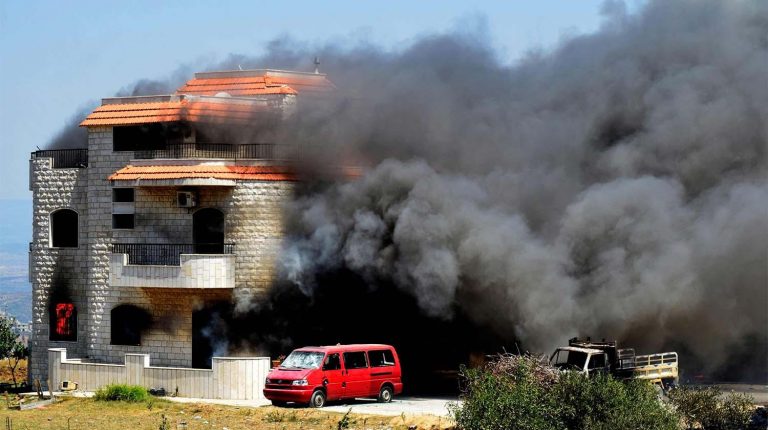 A team of Egyptian doctors arrived in Beirut, on Monday, to help with the treatment of those injured in the blast that occurred in Akkar, northern Lebanon.

The Egyptian medical team arrived onboard a plane carrying 1.5 tonnes of medical tools and supplies that they will use during their mission in Lebanon.

A fuel tank exploded on Sunday in the border village of Al-Talil, killing 27 people and wounding 79 more in the latest tragedy to hit the Mediterranean country in the throes of a devastating economic and political crisis.

Investigations were launched under the supervision of the competent judiciary to find out the circumstances of the explosion.

Lebanese Health Minister Hamad Hassan announced, in an interview with a local radio station, that the incident’s death toll reached 27, and three people with severe burns were transferred to Istanbul, Turkey to receive treatment.

Najib Mikati, prime minister-designate, declared Monday a national day of mourning for the victims of the blast.

The explosion sparked a wave of anger among the citizens, as the blast scene is believed to be a warehouse where fuel was illegally stored. Fuel smuggling operations have been ongoing for months.

Army intelligence arrested the owner of the warehouse and his son.