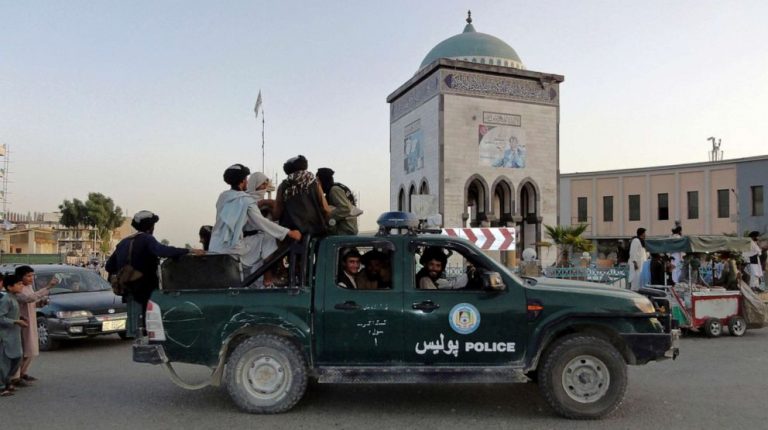 Countries and international organizations closely observing the unfolding situation in Afghanistan have swiftly reacted to Taliban forces entering the capital Kabul on Sunday.

The U.S. State Department and the Pentagon issued a joint statement, saying, “At present we are completing a series of steps to secure the Hamid Karzai International Airport to enable the safe departure of U.S. and allied personnel from Afghanistan via civilian and military flights.”

The United States will expand its security presence to nearly 6,000 troops over the next 48 hours, with a mission focused solely on facilitating these efforts, and will take over air traffic control, according to the statement.

Thousands of U.S. citizens, locally employed staff of the U.S. mission in Kabul and their families, and “other particularly vulnerable Afghan nationals” would be transferred out of the country in the coming days, it said, adding, “And we will accelerate the evacuation of thousands of Afghans eligible for U.S. Special Immigrant Visas.”

France’s Ministry of Europe and Foreign Affairs also published a statement, saying that the government had decided to relocate its embassy to the international airport in Kabul to facilitate the evacuation of French nationals from Afghanistan.

The French Ministry of Armed Forces “will deploy military reinforcements and air assets to the United Arab Emirates in the coming hours, so that the first evacuations to Abu Dhabi can begin,” it added.

On Monday morning, Australian Prime Minister Scott Morrison told local media that the National Security Cabinet meeting will convene to review a plan for evacuation out of Afghanistan, without providing details of the operations.

Muhammad Naeem, a spokesman for the Taliban’s political office in Qatar’s capital Doha, tweeted Sunday that there is no danger to embassies, diplomatic missions and foreign nationals in Kabul, pledging that the Taliban will maintain security across the country.

Iranian Foreign Minister Mohammad Javad Zarif said Sunday that Iran welcomes the announcement of former Afghan President Hamid Karzai about forming a “coordination council,” noting, “We hope that it can lead to dialogue and a peaceful transition in Afghanistan.”

He added that his country stands ready to “continue its peacemaking efforts.”

After the Taliban advanced into the Afghan capital, the United Nations Security Council scheduled an emergency meeting for Monday morning.

According to a press release issued on Sunday, UN Secretary-General Antonio Guterres is following the rapidly evolving situation in Afghanistan, and urges the Taliban and all other parties to exercise utmost restraint to protect lives and ensure that humanitarian needs can be addressed.

The UN remains determined to contribute to a peaceful settlement, promote the human rights of all Afghans, notably women and girls, and provide life-saving humanitarian assistance and critical support to civilians in need, he added.

Also on Sunday, the Qatari Ministry of Foreign Affairs stressed the need to ensure the safety of civilians in Afghanistan, calling for a peaceful transfer of power to pave the way for a political settlement which involves all Afghan parties and achieves security and stability in the country, according to a statement on its official website.

Likewise, the Pakistani Foreign Ministry said that the country will continue to support a political settlement and hopes that all Afghan sides will work together to resolve the internal political crisis, according to a statement issued on Sunday.