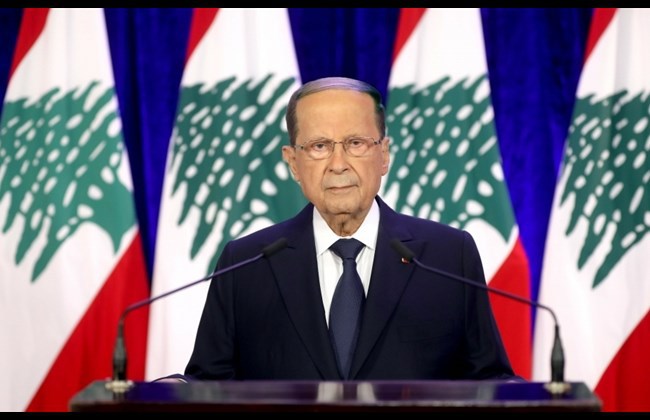 Lebanese President Michel Aoun said on Monday that he will not resign and will continue to assume his responsibilities until the end of his presidency period, said a statement by Lebanon’s Presidency.

The statement came following remarks by citizens over the social media and TV outlets urging the president to resign to pave the way for new parliamentary elections, the appointment of a new president and the formation of a cabinet capable of undertaking necessary reforms amid the current financial collapse in the country.

Aoun said he is determined to start with the rebuilding of Lebanon which would be continued later with the new president.

“No one will shake my position or my willingness to finish what I have started,” he said, hoping that the Lebanese who immigrated in light of the crisis would return to the country when the situation improves.

Aoun also said, “We hope to rein in the current crisis through forming a new government in the next few days, despite efforts by some to obstruct this formation.”

Lebanon recently witnessed a fuel tank explosion which killed over 28 people and wounded 79 others, sparking anger among citizens about the failure of authorities to tackle the country’s several crises including the lack of medicines, fuel and other basic commodities.