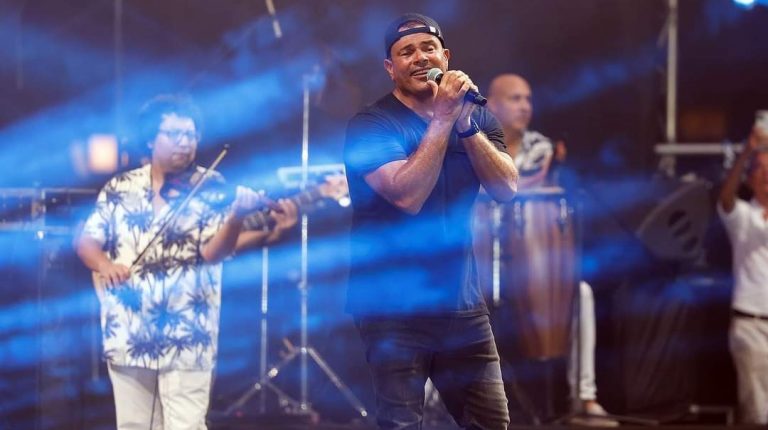 Dozens of angry ticket holders were blocked by security personnel from entering the concert after being told the venue was full.

That refusal is thought to have sparked a dramatic brawl during which the security reportedly fired tear gas bombs as chaos flared.

It’s believed that tickets were allocated on a first-come, first-served basis.

The concert saw a large turnout causing traffic jams as fans came from different resorts around the arena, hours before the concert. Ticket prices varied between EGP 700 and EGP 4,000.

Amr Diab has opened his repertoire with ‘Ya Ana Ya La’ before he performed a selection of memorised hits like ‘Yeta’emo’, ‘Wayah’, Youm Talat’, ‘Odam Merayetha’, Amaken El-Sahar’, ‘Bahebboh’, El-Gaw Gamil’ and ‘Zay Manti’ with the crowd singing along most of the concert.

Meanwhile, Amr Diab announced that he would surprise his fans, on Monday, with many expected releases from the anticipated 2021 album; the first since last year’s success ‘Sahran’.