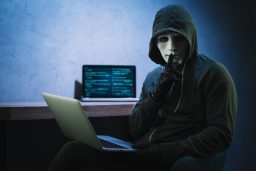 A research by Kaspersky, the Russian multinational cybersecurity and anti-virus provider, has shed light on the prevalence of malware attacks in the Middle East, where 161 million malware attacks were observed, a 17% increase compared to last year’s 138 million.

Growth varies in each country in the region; the Sultanate of Oman, Kuwait, Bahrain, and Egypt witnessed a significant increase in malware attacks, which increased by 67%, 64%, 45%, and 32%, respectively, while Qatar and the UAE witnessed a lower increase, with rates of 16% and 7%, respectively.

Maher Yamout, a senior security researcher at Kaspersky, said that the past 12 months have highlighted the ways in which cybercriminals have refocused their efforts on hacking into individual and corporate systems to gain access to critical data and information, even though malware has always remained a source of threat and concern. He added, “Given the explosive growth in digital transformation since last year, and the increase in remote work caused by the global pandemic, the countries of the Middle East have become an attractive target for those looking to exploit individuals’ weak knowledge of digital security.”

Maher Yamout emphasized that it is not surprising that some large countries in the region, such as Turkey, have seen a slight decrease in malware attacks, despite significant increases in Middle Eastern countries, where Kaspersky has its eyes on the digital security scene. “This shows how cybercriminals’ offensive strategies have become more refined by focusing on advanced persistent threats aimed at causing widespread disruption. Looking at the Middle East, Turkey and Africa region, Turkey still ranks first in the number of attacks detected by Kaspersky,” he explained.

Companies must face the rapid expansion of attacks, as many employees work remotely, and increased access to corporate networks via their personal devices, which may not have an adequate level of protection. This means that hackers may gain access to sensitive data and obstruct the company’s work once a device is compromised and the employee accesses the network through it.

Malware can reach a device in several ways, such as clicking on a link or a bombed advertisement, opening a malicious file attached to an unsolicited e-mail message, or downloading a hacked application, according to Maher Yamout. He also stressed the need to take proactive measures to ensure individual users and businesses are protected from these threats.

The following are some practices to consider when it comes to malware protection, and Kaspersky recommends the following measures:

• Install anti-virus software on every device connected to the Internet.

• Completely avoid clicking on unverified links, especially when they come in unsolicited emails or suspicious websites.

• Be careful when using free wireless internet in cafes, restaurants and other places, as cybercriminals can hack into unprotected devices.