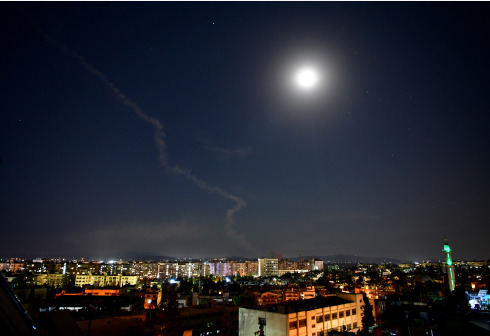 Two civilian airplanes, one Lebanese and another Turkish, escaped from the Israeli missiles which flew over Lebanon’s airspace to hit targets in Syria on Thursday night, the al-Jadeed TV reported.

Fadi Al Hassan, director general of civil aviation at Rafic Hariri International Airport in Beirut, told the TV channel that control towers in Syria and Cyprus urged the two airplanes to change their trajectories due to the missiles fired by Israel.

The airplanes later managed to land safely at the Beirut airport, the report said.

The Lebanese army said in a statement that it was following up with the United Nations Interim Force in Lebanon (UNIFIL) over Israel’s violations of Lebanon’s airspace.