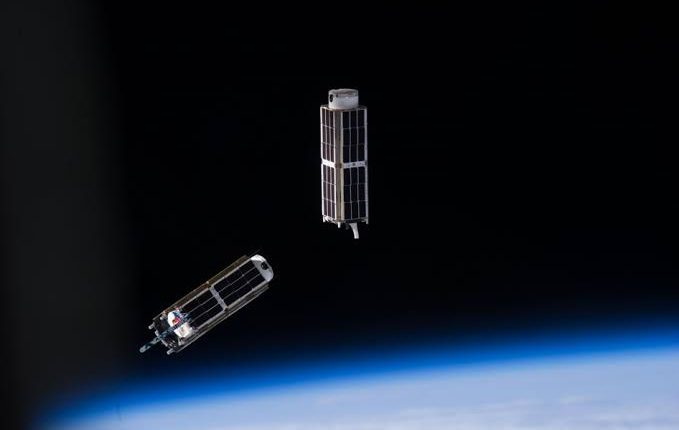 CEO of the Egyptian Space Agency Mohamed El-Qossyannounced, on Saturday, that Egypt will launch four CubeSatsatellites for remote sensing and scientific research next year.

It would be part of the Egyptian state’s strategy to localise and develop the peaceful use of space science, and build space systems with pure Egyptian technology that contributes to preparing generations and scientific cadres that advance the country and support the Egyptian industry and bring it to global competition.

In a statement to the MENA News Agency, El-Qossy said that in May 2022, the Egyptian Space Agency’s “EgSAcube-3” satellite, will be launched. designed entirely by the agency “EgSAcube-4” satellite, in cooperation with Benha University.

He added that the first satellite for Egyptian universities will be launched in the second half of 2022, in addition to the launch of the “NEXSAt” satellite, in cooperation with a German company, at the end of next year.

For his part, the Agency’s Executive Vice President, Mohamed Khalil Iraqi, explained the scientific details of these satellites, saying that a contract was made with Japan to launch the “EgSAcube-3” satellite, which is three times larger than the normal size of the CubeSats and the “EgSAcube-4” satellite. 1.3 kg.

He pointed out that a contract was also made with Japan to launch the Egyptian universities satellite, which is 100% Egyptian in components, design and tests, and its size is 10 cm by 10 cm, and it weighs about 1.3 kg.

It is a satellite for remote sensing and is equipped with a camera to take some pictures of the planet It will be launched from the International Space Station at an orbit of 450 km, and its life span ranges from 6 months to a year.

As for the “NEXSAt” satellite, he explained that it will be launched at the end of next year in cooperation with a German company, and it is of the type of small satellite, and it weighs 65 kilograms and is intended for remote sensing purposes.

Regarding the Egyptian satellite, “Misr Sat 2”, he said that it is a satellite for remote sensing and for scientific research purposes, and it will be launched in cooperation with the Chinese side in the first quarter of 2023. He also noted that the design and construction of the engineering model has been completed, and work is currently underway on the construction of the space model.

He added that the parts of the moon will be assembled at the “Satellite Assembly and Testing Center”, which is scheduled to be completed next April, inside the International Space City, which is located on an area of ​​123 feddan, to be the first specialized center of its kind in the Arab region, in the field of assembling satellites weighing up to 750 kg, and conducting all environmental and functional tests, through the latest technological means in the field of space sciences and remote sensing, with distinguished Egyptian minds and expertise.