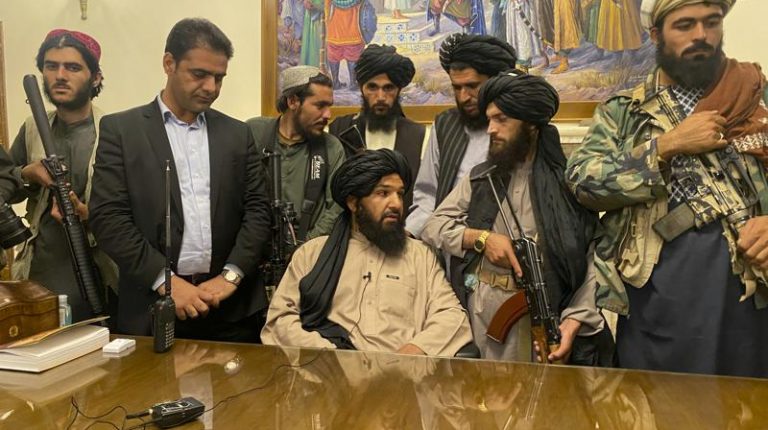 President of the European Union Commission, Ursula von derLeyen, has said that the EU has not recognised the Taliban movement as the status quo rulers of Afghanistan and there are no political talks with the movement.

She added, in a press statement on Saturday, that the EU would increase the €57m worth humanitarian aid which the Commission had allocated this year for Afghanistan if the Taliban militants showed respect for human rights and the rights of women and girls, and treated minorities well.

“We may well hear the Taliban’s words but we will measure them above all by their deeds and actions,” von der Leyen said during the press conference that was held in Madrid, Spain just a week after the Taliban militants seized control of Afghanistan.

Meanwhile, the Taliban’s co-founder Mullah Abdul GhaniBaradar has arrived in the Afghan capital Kabul on Saturday to hold political talks on establishing a new Afghan government.

Whilst, thousands of Afghans have been attempting to flee the country, as many countries have already evacuated hundreds of Afghans from the military part of the capital’s airport.

In the meantime, the US has warned its citizens in Afghanistan to avoid travelling to Kabul airport as thousands try to flee the country causing clashes and unsecure situations at the airport.

In a statement, Blinken said that the Afghan refugees that have not already been cleared for resettlement in the US will be housed at facilities in Albania, Canada, Colombia, Costa Rica, Chile, Kosovo, North Macedonia, Mexico, Poland, Qatar, Rwanda, Ukraine, and Uganda.

Also, the International Federation of Journalists (IFJ) said it has received hundreds of requests for assistance from Afghan journalists who fear for their lives under Taliban rule.