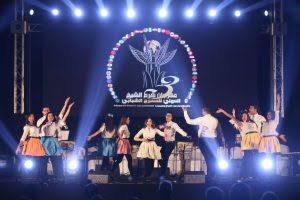 Egypt’s Sharm El-Sheikh International Theatre Festival for Youth (SITFY) has started receiving submissions for the annual competition for young theatremakers. The festival’s sixth edition will be held on 6-11 November.

This was the third year in a row that the festival accepted submissions from young directors. The application window will remain open until 25 September.

The applicant must be Egyptian, under 35 years of age, and living and working in the country. Applying directors could be students, graduates, working in private or public companies.

The plays will be judged on their mise-en-scène, scenography, props, costumes, lighting, and music. The plays must also be original with preference given to plays that touch upon human and social themes.

Directors are required to fill an application, providing all the details about the play, its cast and crew, links to the play, the technical details of the performance, and a complete technical and media file. A high quality DVD copy of the play should be sent to the festival’s headquarters.

Held annually, SITFY is the first of its kind to be organised in Sinai. It was launched with the aim of providing opportunities to young theatre practitioners while decentralising the artistic scene and reviving tourism in South Sinai.