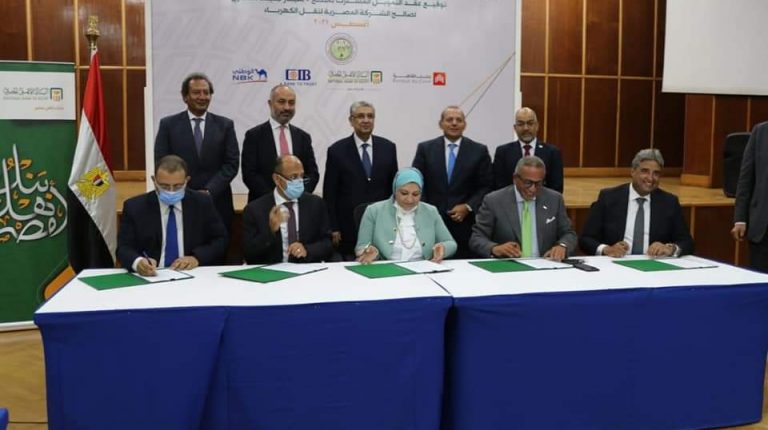 Mohamed Shaker, Minister of Electricity and Renewable Energy, has witnessed the signing of a joint financing contract worth EGP 4bn between the Egyptian Electricity Transmission Company (EETC) and the National Bank of Egypt (NBE) as the financing agent, the first main arranger, and the financing marketer.

The loan will finance part of the investment cost of some of EETC’s projects including establishing and developing transformer stations, as well as extending high and ultra-high voltages cables across the country.

Shaker explained that the electricity sector is working to improve and develop the transmission and distribution networks, including high-voltage transformer stations and control centres, and enhance electrical interconnection with neighbouring countries.

He added that with regard to the consolidation and development of electricity transmission networks, several projects have been implemented in the field of overhead lines and transformer stations on high and ultra-high voltages across the country. Network lengths have been increased at a voltage of 500 kV, approximately 1.5 times what they were in 2014. In addition, the capacities of transformer stations with a voltage of 500 kV were increased by four times compared to 2014, in addition to the added lines and capacities to transformer stations, whether by establishing new projects or expanding existing projects.

He stressed the electricity and renewable energy sector’s keenness on electrical interconnection projects with Cyprus and Greece, so that Egypt becomes a regional centre for energy exchange with European, Arab, and African countries.