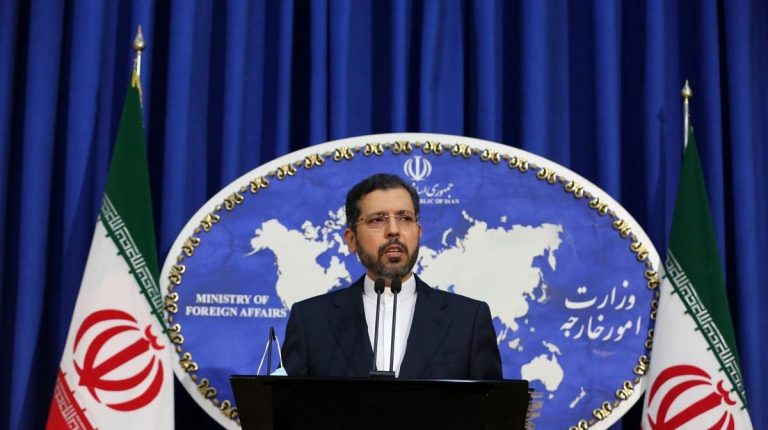 Iranian Foreign Ministry spokesman Saeed Khatibzadeh said on Monday that the time is not in favor of the revival of the 2015 nuclear agreement, commonly known as the Joint Comprehensive Plan of Action (JCPOA).

Khatibzadeh made the remarks in his weekly press briefing, saying that Iran has not seen any new move but words from new US officials.

“They have unfortunately continued the failed path of the previous US administration,” he said.

The spokesman pointed to a recent statement by three European countries, namely Britain, France and Germany, about Iran’s uranium enrichment rate, saying that everything Iran has done is “within the framework of regulation and adherence to the Treaty on the Non-Proliferation of Nuclear Weapons.”

Khatibzadeh said that such political statements do not absolve the three European countries from their responsibility for the JCPOA, and the best way that European countries can take to revive the nuclear accord is to fulfill their obligations.

Tehran has criticized the European side for not taking serious steps to abort the US unilateral sanctions against Iran and protecting its interests.

Former US President Donald Trump withdrew from the 2015 agreement in May 2018 and unilaterally re-imposed sanctions on Iran. In response, Iran has gradually stopped implementing parts of its commitments to the deal since May 2019.

After six rounds of talks in Vienna since April, the parties said serious differences remain between Iran and the United States for the revitalization of the deal.