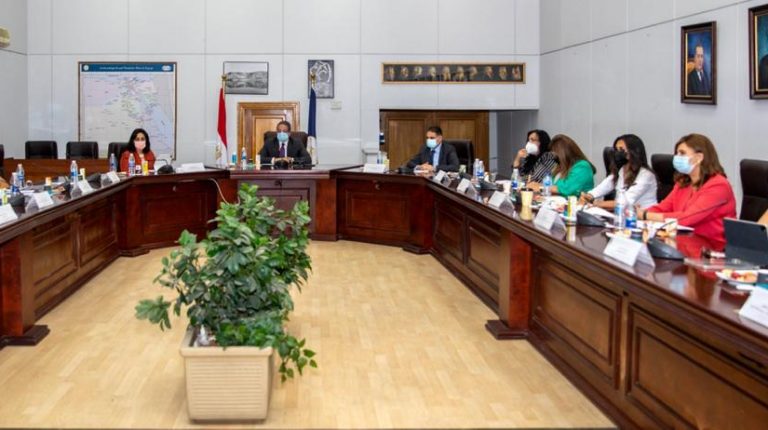 Minister of Tourism and Antiquities, Khaled El-Anani, has participated in the weekly meeting of the “Tourism Promotion Experts” committee, in order to follow up on several issues regarding the sector.

The meeting started by highlighting the main features of the Ministry’s media strategy for tourism promotion in Egypt, which was delivered last week by the Canadian-English alliance, tasked with preparing a three-year plan starting by the end of this year.

El-Anani indicated that this strategy has witnessed over the past months many discussions through holding a number of meetings and various committees, noting that during the next few period a number of workshops will be organized to inform all those concerned with the public and private tourism sector about the features of this strategy so that everyone will be able to work in the same direction to promote tourism to Egypt.

For their part, the committee members praised this strategy and the axes it contains, through which work will be done to promote the Egyptian tourist destination and its various products in the targeted tourist markets during the next three years.

During the meeting they discussed ways to benefit from some of the important events and activities that will be organized in Egypt during the coming period to promote tourism to Egypt more and highlight the various tourism components of the Egyptian tourist destination. Some proposals for promoting the city of St. Catherine were discussed within the framework of the project to develop the “Greatest Transfiguration” site on the land of peace in the city of St. Catherine.

The representatives of the international company that manages and develops the Egyptian Tourism Promotion Board’s (ETPB) social networking campaign to promote the Egyptian destination in these markets through these sites, in terms of the nature of the promotional content and what it contains of publications, photos, and short videos earlier in a meeting with the Minister.

It is worth mentioning that the committee of promotion experts was formed by the Minister of Tourism and Antiquities, headed by CEO of ETPB, and the membership of a number of marketing experts from inside and outside the ministry and the authority, and university professors.