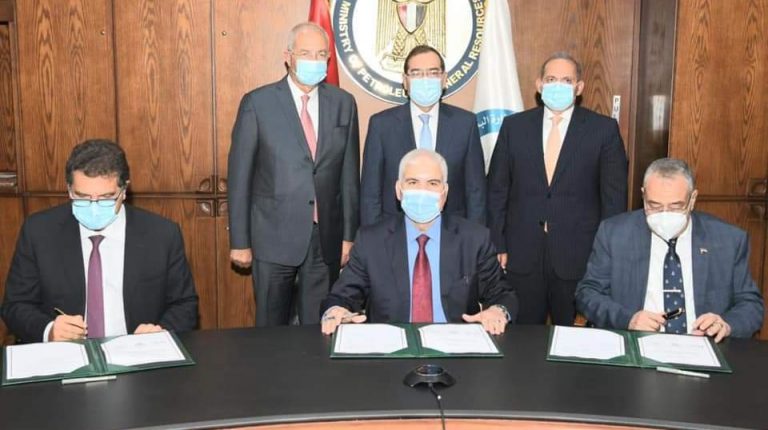 The project aims to meet the local market’s needs of methanol and its derivatives, and export the surplus.

The new company’s ownership structure comes as follows: Abu Qir Fertilizers and Helwan Fertilizers have 35% each, and Al Ahly Capital Holding with 30%.

The investment cost of the first phase of the project is about $1.6bn and has a production capacity of 1m tonnes of methanol and 400,000 tonnes of ammonia annually. The project will be established in the Suez Canal Economic Zone in Ain Sokhna to give an edge to the project given the incentives provided.

El Molla said that this project is a new addition to the Egyptian petrochemical industry, which is constantly working to maximize the added value of Egypt’s natural wealth, in light of the progress that Egypt has achieved under the auspices of the political leadership in the field of energy and petrochemicals and the discoveries of natural gas, which have had a strong impact on the economic sectors. and service.

He stressed the fruitfulness of the cooperation between the ministry, the Suez Canal Economic Zone, and the National Bank of Egypt, which consistently yields distinguished results that serve the national economy and achieve the goals of the Economic Authority from the investment opportunities available in it.

The shareholders explained that this project was carefully studied, especially in light of the exceptional circumstances experienced by the whole world as a result of the spread of the novel Coronavirus. The economic and marketing feasibility studies were tasked to a major consultant whose results affirmed the feasibility of the project.

For his part, Saad Abu Al Maati indicated that the project, which is being built in two phases, obtained the necessary approvals, whether in terms of allocating the land or providing the necessary quantities of natural gas, praising the support received by petrochemical projects from the state, and the continuous support from the Ministry of Petroleum and Mineral Resources for the various projects of the company.