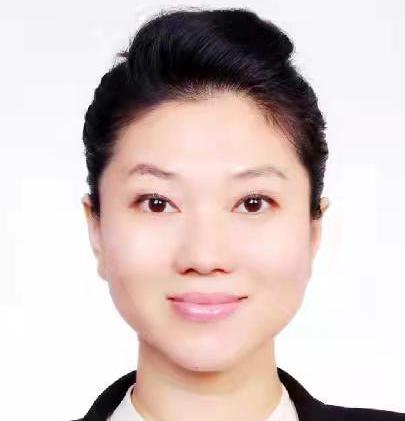 Scientists are warning that the world has entered a dangerous new phase of the pandemic, with the World Health Organization reporting in early August new infections globally spiking up 80% over the previous four weeks, driven by the more transmissible and deadly Delta variant which has been found in over 130 countries since it was first detected in India.

COVID-19 presents itself as a case in point regarding the role of science in defining and shaping responses to global challenges. In the process of finding a potent cure and reliable protection, countries have to rely on scientific knowledge in its capacity as a source of authentic and tested information on how the virus acts and spreads and ultimately how it could be defeated.

The world shall together ensure that this global fighting is against the virus, but not against science.

Science in Service of Global Fighting on Virus

The term science comes from the Latin scientia, meaning a process of studying and knowing the fundamental laws of nature. Science evolution has been a long process, originating in humanities longing for logical and structured knowledge of and insight into the phenomena of life and nature. It is the catalyst for change and growth, a key to search for truth.

Our world is witnessing an era of ever faster growing revolution at all levels in an exponential spiral pace. In the meantime, we are also living in a time when misinformation, falsehoods and outright lies spread like viruses, with a concerning shift of policy decisions to be driven by ideology and politics instead of facts and evidence. The result is a growing mistrust in science and scientists.

However, it is science, research and evidence, not wishful thinking or ideology, that give us hope as we face uncertainties in the pandemic.

We are not powerless in this global health crisis. The world is to commit to evidence-based actions to fight COVID-19 challenges. Now is the time for scientific knowledge to re-assert itself as the established resource of the information deemed necessary for not only winning the battle against covid-19 but also building the very scientific research base that can be greatly influential in promoting the capabilities of human societies to respond to similar global challenges in the future.

Real leadership demonstrates itself in respecting science and truth, not on political manipulation，inverting the facts and sidestepping the truth. What needs to get high alert is that the US violates science in origin tracing of COVID-19. From openly calling the virus the “Wuhan virus” to outrageously withdrawing from the WHO last year, the US has, from the very beginning, tried to politicize the pandemic, and stigmatize the virus.

To substantiate its predetermined conclusion of a “China lab leak”, the US has ignored the hard work of scientists, set aside scientific research and used intelligence means to presume guilt. Through misleading and pressurizing means, the US intends to force scientists to bow and turn to support the “China lab leak” theory. Pamela Bjorkman, professor of biology at California Institute of Technology, explained the reason that she co-signed an open letter to Science calling for investigation into the lab leak theory，because she thought “the letter would have the effect of promoting more funding for searching for natural viruses in animal reservoirs” and “did not anticipate that the letter would be used to promote the lab origin hypothesis”. In retrospect, she felt she had acted “perhaps naively”. Michael Worobey, an evolutionary biologist at University of Arizona who also added his name to the letter, explained why he continues to think that “a zoonotic origin of SARS-CoV-2 is more likely than a lab leak scenario” even though signing the letter leaves the opposite impression. Jeffrey Sachs, a professor at Columbia University, wrote that origin-tracing should not be used to blame China and exculpate the US. Armenian scholar Benyamin Poghosyan said that the US, driven by narrow-minded political purposes, has used origin-tracing to engage in anti-China propaganda, which undermines the international solidarity against the epidemic, and runs counter to the vision of justice and human rights that the US claims to champion.

Over 70 countries have written to the WHO Director-General Tedros to stress that tracing the origins of the virus is a scientific matter and should not be politicized, and the joint WHO-China study report should be upheld. In many countries, condemnation of the US has been expressed by political leaders, media outlets, experts and the general public. In China alone, over 16 million netizens have endorsed the open letter calling on the WHO to investigate the US Fort Detrick bio-lab.

About 80% of the global netizens who participated in the online survey by China Global Television Network (CGTN) Think Tank in the UN official languages of Chinese, English, Russian, French, Spanish and Arabic, believe “the issue of virus tracing on COVID-19 has been politicized”.

The report released on July 26 has shown strong global disapproval with the US. Participants have voiced their shared opinion in different languages that “the investigation of the origin of the virus does not help to solve the problem of pandemic control. This is nothing but a stupid and unhelpful political move to cover up the US’ attempt to contain China’s rise.”

COVID-19 needs origin-tracing, and so does the political virus. The objective and impartial voices of the world’s people are worthy of close hearing.

An inclusive world environment is needed in which physicians, scientists and experts are free to communicate factual information without fear of retaliation or retribution. We all have a responsibility to seek out and share information only from credible sources, to exercise good judgment and affirm science, evidence and fact in words and actions.

China holds that origin-tracing needs respecting science rather than political lies, cooperation rather than discrediting. Chinese medical experts and scientific research experts have held a press conference to clarify a series of rumors with facts and data and make clear China’s solemn position in a scientific manner.

China has been participating in international origin-tracing cooperation with an open attitude. It has twice invited WHO experts to carry out joint research on origin-tracing. The experts went to all the places they wanted to go, met all the people they wanted to meet, drew a scientific conclusion that “a laboratory leak is extremely unlikely”, and made important recommendations such as “searching for possible early cases on a global scale” and “studying the possibility of cold-chain transmission of virus”. The next phase of tracing should build on this and study early cases in many countries around the world.

The US government, on this point, is encouraged to release at the earliest the medical records of those infected in the unexplained outbreaks of respiratory disease in Virginia, the large-scale e-cigarette, or vaping, associated lung injury in Wisconsin and Maryland in 2019, and of US military personnel who fell ill during the Military World Games in Wuhan, China, in October 2019, and to allow a thorough international probe into Fort Detrick lab and the 200-plus US biological labs overseas.

The WHO Secretariat notified its member states in July about a work plan on a second-phase origins study, which has surprised scientists. It is not only inconsistent with the requirements of the 73rd World Health Assembly (WHA) resolution, but also ignores the conclusions and recommendations of the first-stage joint research report. It seems that when the U.S. returns to the WHO, it does not focus on joining the international fight against the pandemic, but on continuing to spread political viruses through the platform.

But at this critical time, shouldn’t the world respond with reason and resolve? Keep science at the forefront of decision and guide our decision and action?

China is True in Word and Resolute in Deeds

In May last year, Chinese President Xi Jinping made a solemn commitment at the 73rd WHA that China would make vaccines a global public good, and make its contribution to vaccine accessibility and affordability in developing countries.

China has been honouring its commitment. China is the first to share the full-length genetic sequence of the novel coronavirus with the world, helping countries accelerate vaccine research and development.

China is the first to conduct phase III clinical trials of the inactivated vaccine overseas, and has conducted research and development cooperation with more than 20 countries since then. At present, four Chinese vaccines have been approved for use in more than 100 countries, and two vaccines have been added to the WHO Emergency Use Listing and the procurement list of the COVID-19 Vaccines Global Access (COVAX). Their safety and efficacy have been recognized by international authorities. This is a common achievement of China and other developing countries.

China has also actively provided vaccines to COVAX, UN peacekeepers and the International Olympic Committee. It has launched the Initiative for Belt and Road Partnership on COVID-19 Vaccines Cooperation, and welcomes more countries to join the initiative.

Looking ahead, China will provide 2 billion COVID-19 vaccine doses to the world throughout this year and offer 100 million U.S. dollars to the COVID-19 COVAX facility, another major move for China to honor its commitment of making vaccines a global public good, and also allow it to make new contribution to the global cooperation against COVID-19.

China will continue to deepen technology transfer and production capacity cooperation with developing countries, support the WTO in making an early decision on waiving intellectual property rights on COVID-19 vaccines, and support COVAX by delivering the first batch of more than 100 million doses of vaccines to the facility before the end of October.

At present, there are still outstanding problems such as insufficient vaccine production capacity, inequitable distribution, and uneven vaccination. To address these challenges, the world is to do away with “vaccine nationalism”. The first step is to address the “capacity deficit” by expanding supply and helping developing countries through technology transfer and cooperative production, as well as ensuring the global supply chains of raw materials.

The second is to address the “distribution deficit” by strengthening and quickening vaccine sharing, and achieving universal access and affordability of vaccines in developing countries, especially the least developed countries (LDCs).

The third is to address the “cooperation deficit” by bringing the role of governments, enterprises and international organizations into full play in the spirit of sticking together in times of difficulty.

The pandemic is far from under control. As long as there are infections in a country, it is impossible for humans to completely defeat the virus.

Respecting science and scientists, China strives to realize vaccine fairness and accessibility, make vaccines a global public good in the real sense, promote global access to vaccines, practice multilateralism and enhance effectiveness of international cooperation, lend new impetus to solidarity and cooperation among developing countries, and work together with the world to win the pandemic battle at an early date.