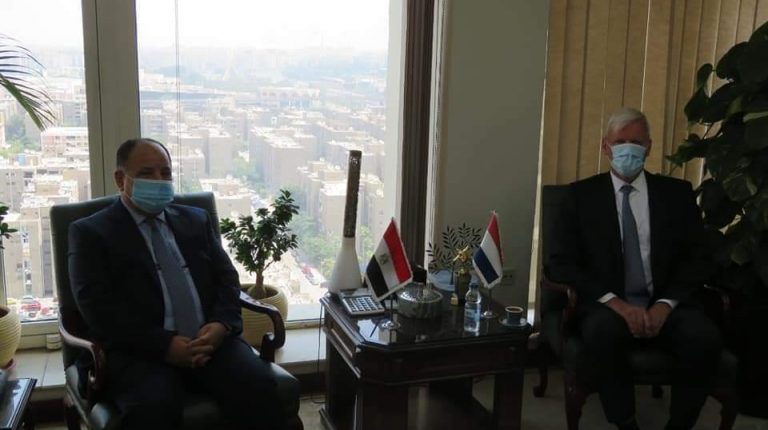 Egypt’s Minister of Finance Mohamed Maait said the state is determined to complete the economic reform programme in order to improve the standard of living, stressing the government’s keenness to achieve distributive justice, which was evident in the EGP 800bn national project “Decent Life” to improve the countryside.

Maait added, during his meeting with Dutch ambassador in Cairo Han Moruts Schapfeld on Saturday, that the government aims to achieve an economic growth of about 6% after the Coronavirus (COVID-19) pandemic, reduce the budget deficit to 6.7% of GDP, and achieve a primary surplus of 1.5%.

The minister explained that the state has made great efforts over the past years to invest in infrastructure projects, which contributed to solving many intractable problems in a number of sectors such as: electricity, natural gas, roads and transportation, housing, and investment in a project to produce energy from environmentally friendly renewable sources.

The minister indicated the government’s keenness to provide a favorable and stimulating environment for the private sector, which contributes to maximizing its role in the development process, pointing out that the shares of a number of government companies will be offered on the stock exchange during the next stage.

For his part, the Dutch ambassador expressed his admiration and appreciation for the government’s efforts during the past period in many sectors, stressing his awareness of the magnitude of the great challenges that are being overcome.

He indicated his country’s interest in strengthening cooperation with Egypt in many fields and exchanging experiences between the two countries, especially within the framework of a capacity building programme in various sectors.