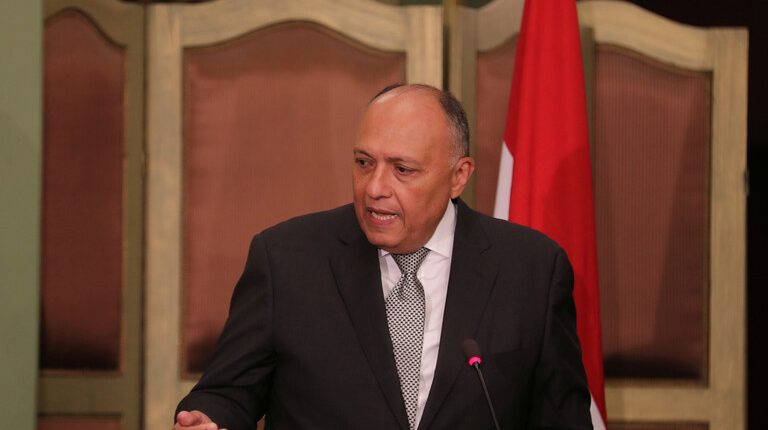 Egypt’s Foreign Minister of Foreign Affairs Sameh Shoukry arrived, on Sunday, in Algeria to participate in the meeting of foreign ministers of Libya’s neighbouring countries, which will be held on 30-31 August, upon an invitation from Algeria.

Egypt’s participation in the meeting stemmed from its constant keenness to support the brotherly Libyan people and to strengthen all efforts aimed at achieving a comprehensive political settlement of the prolonged crisis in Libya.

During the last period, Egypt worked on unifying Libya’s various state institutions, in accordance with the agreed-upon road map, as well as holding the long-awaited Libyan elections scheduled for 24 December.

The Egyptian diplomatic efforts also aimed to end the presence of foreign forces and mercenaries in Libya, in order to achieve the aspirations of the Libyan people for stability and prosperity.

On the sidelines of the visit, Shoukry will hold bilateral meetings with a number of his counterparts who would participate in the summit to strengthen bilateral cooperation frameworks regarding regional issues of common concern.