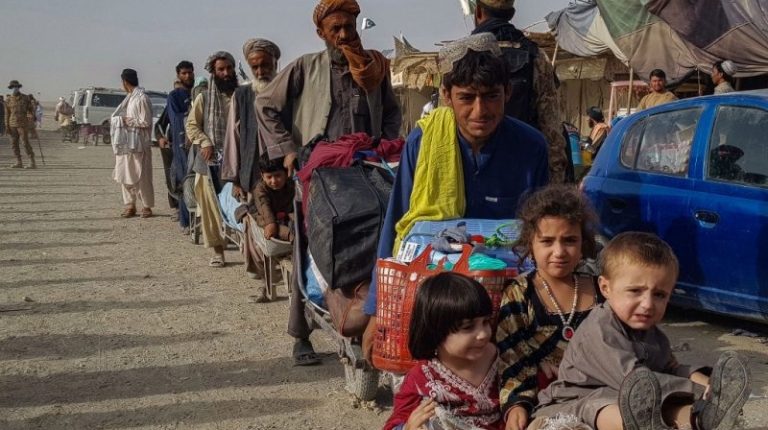 The recent events in Afghanistan have triggered the refugee crisis once again, more ferocious than ever. According to the United Nations High Commissioner for Refugees, more than 3.5 million people are currently displaced from Afghanistan due to the deteriorating security situation in the country.

This staggering number raises the fear of countries neighbouring Afghanistan, especially Pakistan, who expect refugees to cross the border with the deterioration of living conditions. Especially since Pakistan already hosts 1.4 million Afghan refugees, while there are nearly one million Afghan refugees in Iran. These numbers are only the documented cases, but the number of undocumented Afghans in the two countries is much higher. That is why Pakistan has already refused at the moment to receive more.

On the other hand, the United States of America has made it clear that it will only host Afghan refugees who have cooperated with US forces there, such as translators and their families. This is although the failure of the United States in Afghanistan is the main cause of this humanitarian catastrophe.

This negligent attitude towards refugees is not limited to the United States of America only but extends to all rich countries, especially the countries of the European Union. Although many influential politicians and influential media give the impression that rich countries, especially in the West, are making strenuous efforts to help those fleeing wars and persecution. But in reality, the real situation of refugees is quite different.

In fact, the international community, and the rich countries, in particular, led by the United States of America, are failing to seriously share the responsibility for protecting the people who fled their homes in search of safety and security. Instead, it is the low- and middle-income countries that bear the real responsibility.

According to Amnesty International’s latest reports, there are 22.5 million refugees worldwide, 84% of which are hosted by developing countries. Meanwhile, many wealthy countries continue to prioritize policies that prevent people from seeking asylum and find ways to prevent people from reaching it at all, while placing the burden on neighbouring countries to protect those fleeing for their lives. For example, the United States, China, Japan, Germany, France, and the United Kingdom altogether host only 8.9% of the world’s total refugees and displaced persons.

Even worse, refugees are often treated as a heavy burden in rich countries as they are housed in camps for the displaced in isolated places as if they are an imminent danger from which the citizens of these countries must be protected. Certainly, some brief words will not suffice to describe the suffering of the refugees in the camps. Camp life can be described as a harsh environment that poses challenges to respecting the rights of the individual and the group.

In the majority of refugee and displaced persons’ camps, life comes to a complete standstill, since it is almost impossible for people to make plans for the future when they have no idea how long they will stay there. Moreover, it is not possible to maintain basic hygiene and sanitation with large concentrations of people living in temporary shelters. Outbreaks of infectious diseases may also lead to death or permanent disability. Children also lack access to education, and adolescents in particular often do not find any other opportunities for secondary or vocational education. In addition, large-scale unemployment is common among adults who are forced to rely entirely on humanitarian assistance.

One of the best theatrical works that managed to put the European audience into a real and vivid experience of the life of refugees in camps is Joe Robertson and Joe Murphy’s The Jungle. The play is about the so-called jungle refugee camp, which originated in the French city of Calais in early 2015 and was dismantled by the French police the following year.

The show was a huge hit on the off-Broadway stage and is scheduled to be shown at the London Theater in 2021. This play is based on breaking the fourth wall, as it gives the viewer the real opportunity to feel the miserable life of the refugees in a real way. From the first moments of the show, the viewer is immersed in the life of refugees as audience members enter the theatre through a tunnel covered with blue tarps, pass through a corridor filled with trash and leftovers and end up in a spacious tent with a dirt floor, decorated in a riotous style and colourful wallpaper. Over the next two and a half hours, the actors bake bread, play machines, dance, run, fight, sing, cry, and pray, as the play begins at the end of the tale when everything is in shambles, destruction, and sadness. Then, the play goes back to the beginning, to show how people flee from different corners of the world – Eritrea, Afghanistan, the Palestinian Territories, and other countries only to meet for a brief period as a frightening, uncertain, and hopeless future awaits them.

Indeed, all international organizations call for solutions to the plight of refugees and strongly condemn the disgraceful position of many rich countries, especially those involved in wars. Nevertheless, such interactive theatrical performances that illustrate the scale and enormity of the refugee tragedy may have the greatest impact in persuading Western citizens not to vote for governments and people who contribute to the destruction of the world and do not know what humanity is.