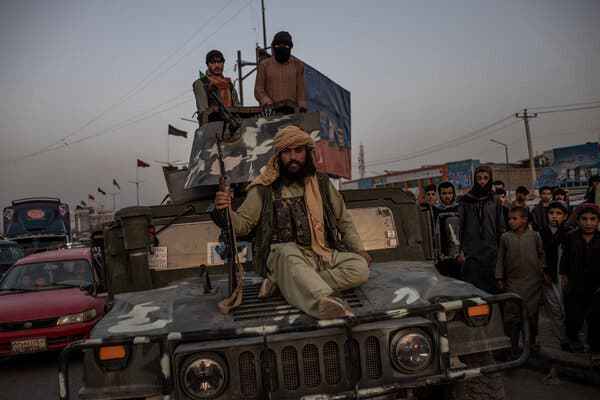 “It was a horrific scene as the injured men were crying for help and dead body after body was scattered around you,” an injured Afghan man Mohammad Bakhsh whispered Monday.

Receiving medical treatment at a local hospital here, Bakhsh claimed that he was going to leave Afghanistan with the US military but the terrorist attack at the airport had turned his dream to ash.

In a deadly terrorist attack on the fortified Kabul airport Thursday evening for which ISIS-K, an affiliate of the Islamic State group active in Afghanistan, claimed responsibility, at least 170 Afghans and 13 US soldiers were killed and about 200 others wounded.

“The wave of the blast of the terrorist attack threw me to a polluted water canal next to the wall of the airport,” Bakhsh recalled.

The attack rocked Kabul airport amid the evacuation of foreign soldiers and Afghans cooperated with them during the 20 years of the presence of the US-led forces in Afghanistan.

Bakhsh is from the country’s central Daykundiprovince. Like dozens of other injured Afghans, he has been hospitalized in a local hospital.

The U.S. mission, according to the wounded Afghan man, was to “end the war, bring about peace and prosperity in Afghanistan.” However, they left the war-torn country in lurch amid “instability, extreme poverty and uncertainty.”

Following the Taliban’s takeover of Kabul on August15, the United States and allied nations began the withdrawal of their nationals including soldiers, diplomats and their Afghan employees from Afghanistan and Washington would reportedly wrap up the evacuation process on August 31.

Lying on a hospital bed, an injured Afghan man who only gave his name as Kamyab told Xinhua on Monday about his ordeal at the Hamid Karzai international airport on Thursday night. “The blast was followed by gunshots and due to the firing, my hand was injured outside the airport,” he recalled.

“No other armed men except the American soldiers were in the area when the shooting took place,” he said. “Under a rain of bullets, everyone was trying to escape the tragic scene.”

Some injured people on the condition of anonymity claim that the U.S.-made bullets had been taken out of the bodies of some wounded men.

“The horrific US-led military invasion of Afghanistan begun with killing Afghans 20 years ago and ended with tragic scene as fighting continues, terrorist attacks claim the lives of Afghans and poverty is high as the majority of Afghans live under poverty line,” Kamyab said.