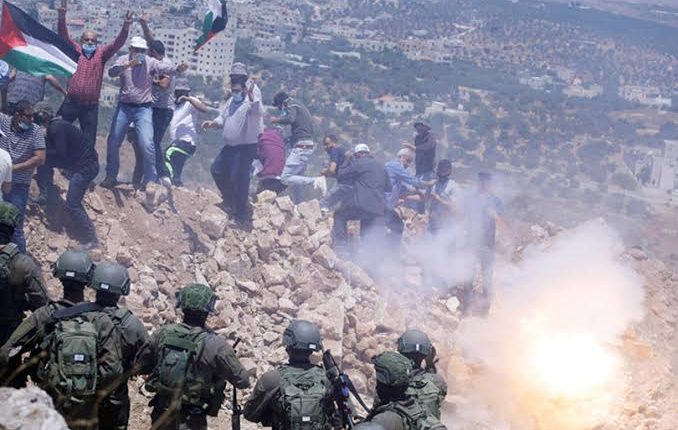 The Palestinian Ministry of Foreign Affairs described the Israeli settlers’ attempt to establish a new outpost near the Barta’amilitary checkpoint, southwest of Jenin, as a “gradual annexation of the West Bank”.

In a press statement on Monday, the Ministry of Foreign Affairs condemned the continuous violations of the Israeli occupation forces against the Palestinian people and their capabilities, and the ongoing house demolitions throughout the occupied Palestinian territory, especially in occupied Jerusalem.

The statement considered that these violations as a war crimes and crimes against humanity, and an official Israeli persistence in deepening settlements and perpetuating the occupation, leading to a hateful apartheid regime in occupied Palestine.

The ministry stressed that the Bennett-Lapid government insist on implementing its expansionist settlement projects at the expense of the land of the State of Palestine, on the path to annexing the occupied West Bank, and undermining any opportunity to establish a viable, sovereign Palestinian state, with East Jerusalem as its capital.

The statement held the Israeli government fully responsible for the results and repercussions of its settlement operations, forced displacement, and ethnic cleansing that the Israeli forces practice in all areas classified G, which constitute the majority of the West Bank.

The ministry warned against dealing with these violations as normal matters, calling on the UN Security Council to respect its obligations and assume its legal and moral responsibility towards the crimes of the occupation and its settlers.

The Ministry also stressed the need to implement the resolutions of international legitimacy and to take the necessary measures to end the Israeli occupation on the Palestinian land in order to achieve a two-state solution.