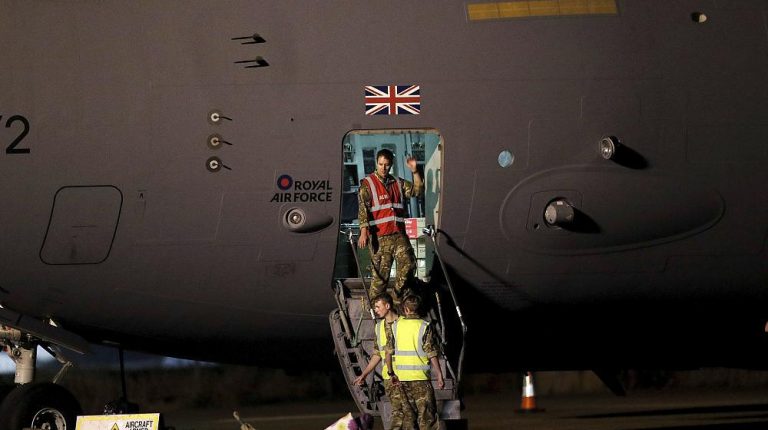 A British lawmaker on Wednesday blasted the withdrawal of British troops from Afghanistan, saying it “exposed a weakness” in Britain’s relationship with Western allies.

The withdrawal from Afghanistan has been the “single biggest foreign policy disaster” Britain has faced since the Suez crisis in the 1950s, said Tom Tugendhat, a Conservative member of parliament (MP) and chairman of parliament’s foreign affairs committee.

Tugendhat made the remarks as the committee grilled British Foreign Secretary Dominic Raab on Afghanistan withdrawal in a two-hour session. Raab said that he knows the committee will want to understand more about the lessons to be learned from Afghanistan.

Questioned by Tugendhat on intelligence about the situation in Afghanistan, Raab replied that the central assessment had been that it was likely to be “a steady deterioration” in the security situation after US troops pulled out in August, but that Kabul was “unlikely to fall this year.”

The United States on Monday announced the completion of the chaotic, bloody withdrawal of its troops from Afghanistan, ending 20 years of the US-led invasion into the Asian country. Britain concluded its evacuation operation from Afghanistan Saturday night.

Downing Street said Tuesday night that British officials had travelled to Qatar and were in talks with senior Taliban representatives over how to secure “safe passage” out of Afghanistan for British nationals and Afghan allies that remained there.

During Wednesday’s session, Raab was repeatedly questioned over how many British citizens have been left behind in Afghanistan, but he didn’t give an exact number and only said it was in the “low hundreds.”

Raab told MPs that he would be leaving “to go to the region (around Afghanistan)” after his appearance before the committee.

The foreign secretary also argued that Britain can’t deal with the refugee crisis alone and key regional players, Western countries and Gulf nations need to get involved to exercise an influence over the Taliban.

The latest development came as the rift between Washington and its European allies seemed to have widened over the Afghan crisis.

The Financial Times has reported that Britain’s foreign policy, heavily dependent on the United States, has been “shaken” by the crisis. The BBC said the US decision to withdraw troops lays bare “a not so special relationship”.