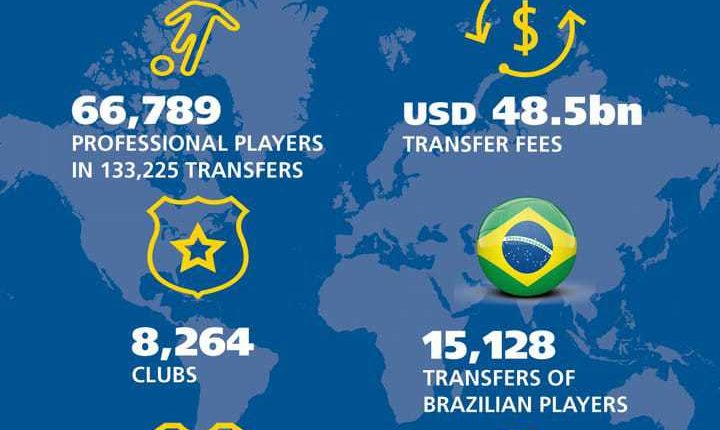 FIFA, the international governing body of association football, revealed that $48.5bn worth of player trading was recorded between 2011 and 2020.

Manchester City topped FIFA’s list of the biggest spenders on international transfers in the past decade, having spent big on the likes of Kevin De Bruyne and Ruben Dias during that period.

The FIFA report noted that the activity of the transfer market has increased significantly over the past decade, from 11,890 transfers in 2011 to 18,079 in 2019.

The transfers included moving 66,789 players between 8,264 clubs across the 200 FIFA member associations.

FIFA highlighted a sharp decline in solidarity contributions, with the amount in 2020 recording $38.5m, with a slight increase over the $38m in 2011.

Meanwhile, the commissions paid to player agents increased from $131.1m in 2011 to $640.5m in 2019. A total of $3.5bn in agent commissions has been paid in international transfers over the past decade.

All transfers that occur between clubs from different countries must be officially recorded in the FIFA Transfer Matching System (TMS), which was implemented in October 2020.