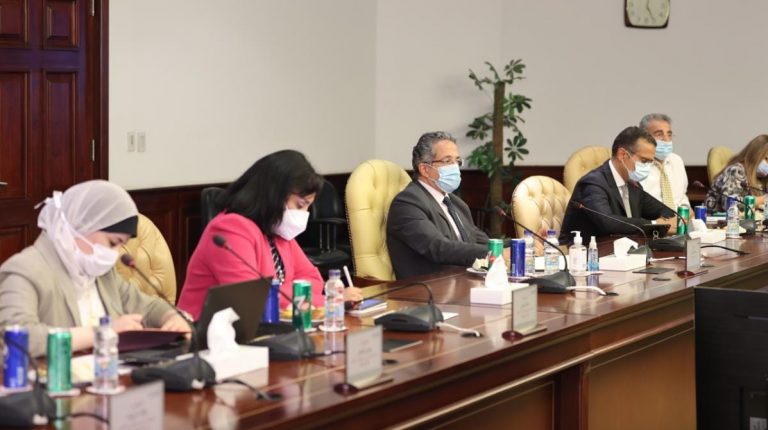 Minister of Tourism and Antiquities Khaled El-Anany and Minister of Communications and Information Technology Amr Talaat held a meeting to follow up on the progress of several projects within the framework of a cooperation protocol signed between the two ministries last November.

The meeting also reviewed the possibility of providing Internet services to 40 archaeological sites and museums. In addition, the accomplishments of the project of mechanizing services at the Ministry’s general office and developing the technological infrastructure of the Ministry of Tourism and Antiquities was also discussed. This was discussed within the framework of the cooperation of the Ministry of Communications and Information Technology with State sectors to build a digital Egypt.