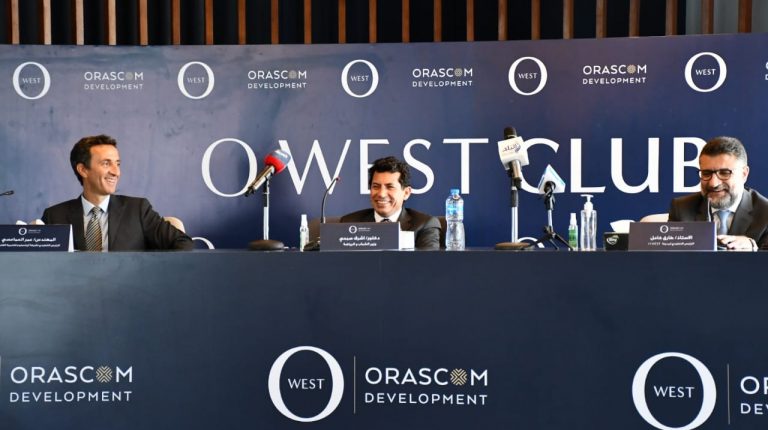 Orascom Development has laid the foundation stone for the O West Club, which is located in 6th of October City, on an area of ​​38 feddan.

Tarek Kamel, CEO of O West City, said that the club’s investments amount to EGP 800m which gives the opportunity to integrate the club’s sports and social activities.

He told Daily News Egypt that the club will include a main football pitch, 5 multi-sized sub-courts, multi-purpose courts for volleyball and basketball, tennis courts, Olympic swimming pools, gymnastics, and battalion halls, at the level of sports facilities, and there are also private facilities for social, cultural and artistic activities, and a hall that will be equipped to host artistic concerts, conferences and exhibitions.

Kamel explained that the value of the membership is EGP 180,000 provided that the members are from the city of O West, who will reach 13,000 families, which means that the average membership will be between 50,000 to 60,000 people.

He stated that the construction will start within days, and in March 2022, the management company that will take over the club will be announced. The club will open in 2024.

The CEO indicated that there is no intention to form a football team to compete in official competitions, as the company currently prefers to be satisfied with the experience of El Gouna Club, but there will be academies in all games, and negotiations are underway with one of the international clubs to use its expertise in the field of preparing, equipping and qualifying juniors.

Omar El-Hamamsi, CEO of Orascom Development, said that the company aims to integrate its facility by providing all the facilities, entertainment and services needed for its customers, during its projects in countries including England, Switzerland, Montenegro, Morocco, UAE, Oman, and Egypt, and it seeks to establish integrated cities.