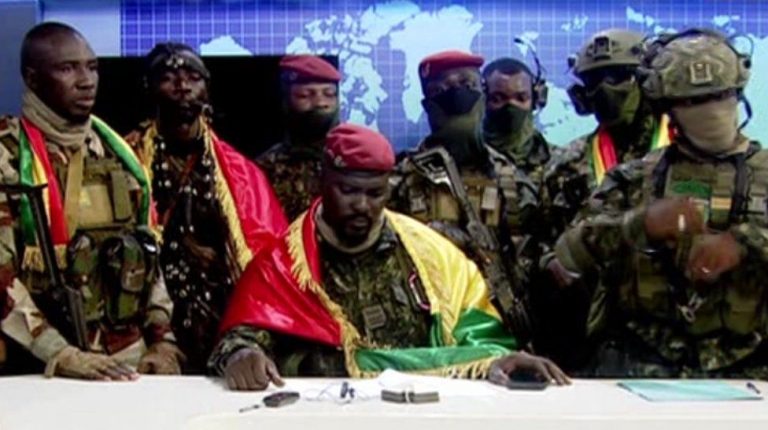 Egypt has called for peace and calm in Guinea, as tension escalates after Special Forces personnel have announced ousting Guinea’s long-serving president, telling the nation they had dissolved its government and constitution and closed its land and air borders.

Egypt has been closely following the rapid developments in Guinea, according to a statement by the Ministry of Foreign Affairs on Monday. Egypt called all Guinean parties to exercise restraint and to abide by peaceful means and dialogue to settle the crisis.

The Guinean Special Forces announced the arrest of President Conde and the control of the capital, Conakry, as well as the “dissolution” of state institutions.

The officers who seized power in Guinea said, in a statement, that a meeting with the government and senior officials would be held on Monday in Conakry.

The officers said that “any refusal to attend would be considered a rebellion” against the council formed to rule the country.

The special force’s officers who seized power in Guinea imposed a nationwide curfew and replaced the provincial governors with military officials. The group indicated that “the curfew starts from 20:00 throughout the national territory until further notice,” but they called on employees to come to work on Monday.

The coup officers urged “all military units to remain calm and avoid movements towards Conakry”.