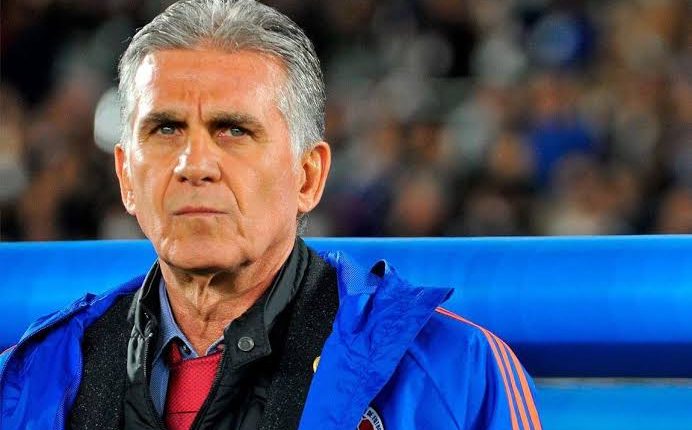 The Egyptian Football Association has officially appointed Carlos Queiroz as the new head coach of the national football team.

The Portuguese coach has worked with Manchester United and Real Madrid, and has coached the national teams of Portugal, Colombia, Iran, and South Africa, amongst others.

Queiroz is yet to choose a performance analyst and rehabilitation specialist.

Queiroz has won several awards as a coach in junior levels, and has been successful at senior and club levels, mainly as Alex Ferguson’s assistant manager at Manchester United.

He is the longest-serving manager in the history of the Iran national football team, serving for almost eight years between 2011 and 2019. He is the only manager in the country’s history to lead the national team to two consecutive World Cups (2014 and 2018).

Queiroz took over as the new manager of Colombia in 2019 on a three-year contract. His start was not very bad as Colombia reached the quarterfinals in the 2019 Copa America. However, Colombia’s performance slipped disastrously in the 2022 World Cup qualifiers, especially after the COVID-19 pandemic, with a 0–3 home loss to Uruguay (their worst ever home loss for 82 years) before being shockingly thrashed 1–6 by Ecuador, and this finally put the end of Carlos Queiroz’s reign as Colombia’s boss.

Meanwhile, the normalising committee of the Egyptian Football Association (ECA), headed by Ahmed Megahed, announced the details of the 2021/22 season, with the Egyptian Super Cup to be held between Al Ahly and Tala’a Al-Gaish on 21 September.