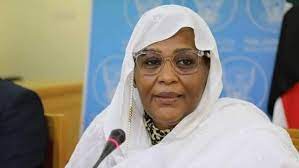 The Sudanese Ministry of Foreign Affairs announced, on Wednesday, that it had summoned the Ethiopian Ambassador to Khartoum after the Sudanese authorities found, during the period from 26 July to 8 August, total of 29 bodies carried by the Sett River, east of the villages adjacent to Wad Al Helio locality in Kassala State, eastern Sudan.

Sudan informed the Ethiopian Ambassador that the bodies were of Ethiopian citizens from Tigray, whose identities were identified by some Ethiopian individuals residing in the Wad Al Helio area.

Sudan hosts large numbers of Ethiopian refugees, whose influx has increased recently, as it has set up shelter camps far from the Ethiopian border to ensure their safety in addition to providing them with the necessary services.

Dina Mufti, the spokesperson for the Ethiopian Ministry of Foreign Affairs, did not immediately respond to a request for comment.