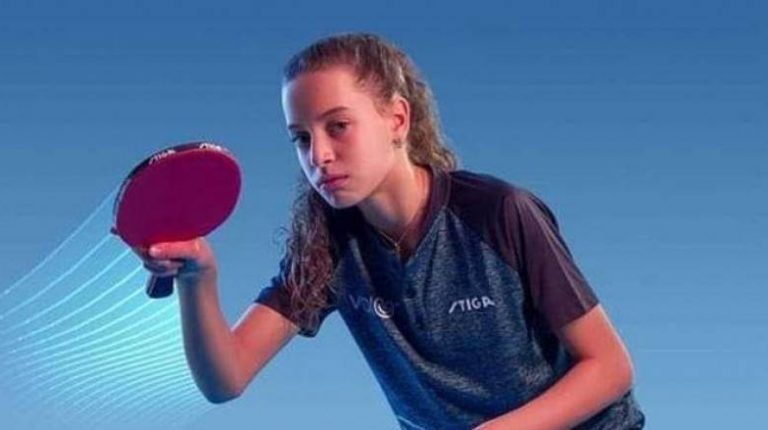 Thirteen-year-old Egyptian table tennis player Hana Gouda has become the focus of attention in Egypt, being the youngest Egyptian player ever to participate in the Olympic Games.

Gouda had another chance this week to dazzle the world after she became the youngest player in history to qualify for the final of the African Table tennis Championships held in Cameroon. Although she lost the final match against her compatriot Mariam Al-Hodaiby (4-3), Gouda remained one of the rising table tennis stars in the world.

The African Table tennis Championships was dominated by Egyptian champs at almost all competitions, as Egypt won the first spot in singles and team events (both men and women), as well as men and mixed doubles events.

Most recently, Gouda topped the junior global ranking after she won the Portugal International Championship for U12 and 15, and the bronze of the World Confederations Championship.

At the local level, she succeeded in winning the Women’s Republic Championship.

Gouda has become a table tennis miracle, especially as she won all tournaments she participated in, whether at the local, African, and international levels.