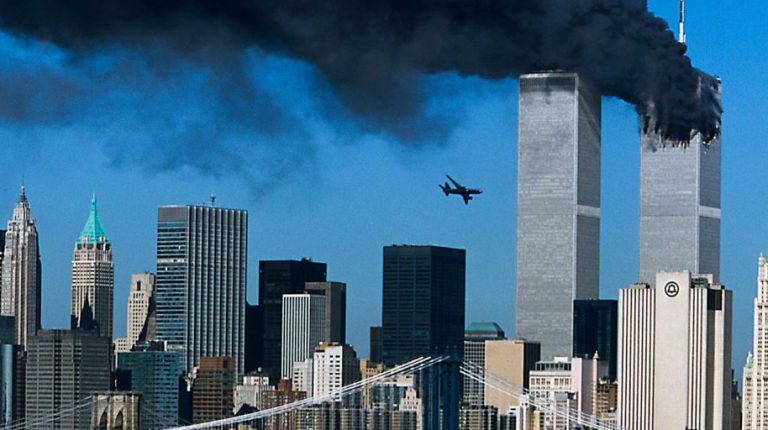 The attacks, which were planned by the Al-Qaeda terrorist group, saw four US passenger jets seized by suicide attackers – two of which were flown into the Twin Towers in New York City. While, the third plane struck the Pentagon in Washington DC, and the fourth crashed.

In an article by the Council on Foreign Relations, Steven Cook highlights the role of Egyptian jihadists in the 9/11 attacks.

Mohamed Atta, one of the masterminds behind the attack was an Egyptian urban planner from Giza who led the four teams that perpetrated the 9/11 attacks. Atta was not the only Egyptian Islamist behind the attacks, many others including the current Al-Qaeda leader Ayman Al-Zawahiri played a role.

What is usually overlooked by many US citizens and politicians, is the relationship between those jihadists and Egyptian Islamists who split from the Muslim Brotherhood’s leadership in the 1960s and embraced the messages of Sayyid Qutb, another Egyptian.

“In his major works In the Shadow of the Qur’an and Milestones Along the Way, Qutb made the case that Muslims were living in jahiliya, a state of ignorance or impiety that marked societies before God revealed the Quran to the Prophet Mohammed. The central feature of this state of ignorance was that man-made laws superseded God’s laws,” Cook explained.

Qutb’s ideology preaches violence as a tool to forge an “Islamic society” and establish what he calls “God’s sovereignty on Earth.”

The influential Muslim Brotherhood ideologue Sayyid Qutb has been one of the main inspirations for extremist Islamist groups.

In Qutb’s words, the struggle is between believers and non-believers. In his teachings, any leader who doesn’t rule under Islamic law is an “infidel”, even if they claim to be Muslims, and hence should be fought.

He frames the choice as either to struggle to live according to the rules of Islam or to accept living in the pre-Islamic era of ignorance, the Jahiliyyah.

As the US commemorates the 20th anniversary of 9/11, one can argue that the time is right to designate the Muslim Brotherhood and other radical groups as terrorists.

If the US is serious in its fight against radical Islamic terrorism, it should target the main source of this violent ideology.

Since the founding of the Muslim Brotherhood in Egypt, MB-affiliated groups have consistently incited hatred against Christians, Jews, and other Muslims while supporting designated radical terrorists.