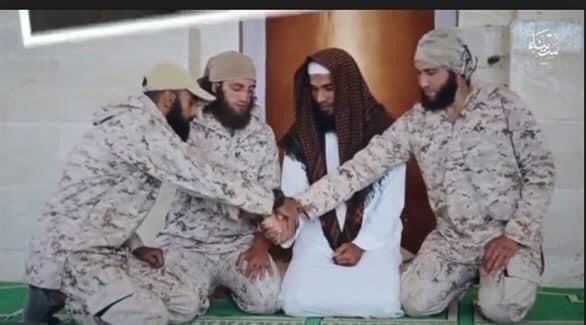 The mufti (jurist) of the Islamic State terrorist group in Sinai has turned himself in to the Egyptian Military Intelligence in North Sinai, tribal sources told Daily News Egypt on Saturday.

Muhammad Saad Kamel al-Saidi, also known as Abu Hamzaal-Qadi, was born in Ras Sidr town, South Sinai. He was responsible for the majority of the IS group’s brutal operations against civilians, and army and police personnel in North Sinai.

Al-Saidi’s family, a wife and three children, also turned themselves in.

According to a statement by the Federation of Sinai Tribes, it spared Al-Saidi’s life on condition that he turned himself in to the Egyptian army.

“Praise to Allah, in cooperation with the Egyptian Armed Forces and the Intelligence Service, our heroes gave the Takfiri leader Muhammad Saad Kamel, nicknamed Abu Hamza al-Qadi, who heads the Sharia court in IS, and his family (wife and 3 children), a safe passage to turn himself in to the Egyptian army,” the Federation of Sinai Tribes said.

The statement added that several leading figures in the Sinai branch of IS were killed by the Egyptian Armed Forces or turned themselves in to the authorities, which reflected the success of the army’s ongoing operations.

Al-Saidi ruled the killing of innocent worshipers during the Friday prayer in the Al-Rawda Mosque. The massive attack took place in the Bir al-Abed area in Al-Arish, on 24 November 2017, and resulted in the death of 305 and the injury of 128. He also ordered the targeting of drivers of a cement factory on 10 November 2017, which left 9 dead.

Al-Saidi traveled to Syria to join the ISIS group. There are many footage of him in which he appeared next to the Shariajudge, “Abu Shuaib Al-Masry”, in Syria. He returned to Egypt and joined the Sinai branch. He then took over the Mufti position and issued many fatwas (rulings) to target civilians in Sinai.