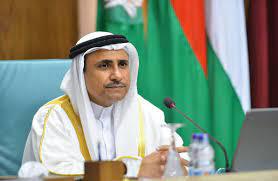 Al-Soumi affirmed in a statement on Sunday   that the Arab Parliament’s support for the Arabization of this application, which is the first of its kind, came out of its keenness to link all international efforts concerned with combating terrorism in one tool, in order to prevent duplication and dispersal of efforts.

“This comes also from a desire to reduce costs and direct them to support the real effort to combat terrorism on the ground, and not in the corridors of conferences” he said.

Al-Asoumi explained that the Arab Parliament’s support for the Arabization of this important application will not only serve parliamentarians in 22 Arab countries, but will serve more than 450 million Arabic-speaking people in the world.

He added that this application will have an unprecedented role in reducing the existing gaps between international decisions and conventions concerned with combating terrorism, and the local laws concerned with the implementation and follow-up of these decisions.

Al-Asoumi called on the heads of geographical groups in the Inter-Parliamentary Union, and all parliamentarians around the world to support this application in order to serve all citizens, in all languages ​​of the world..